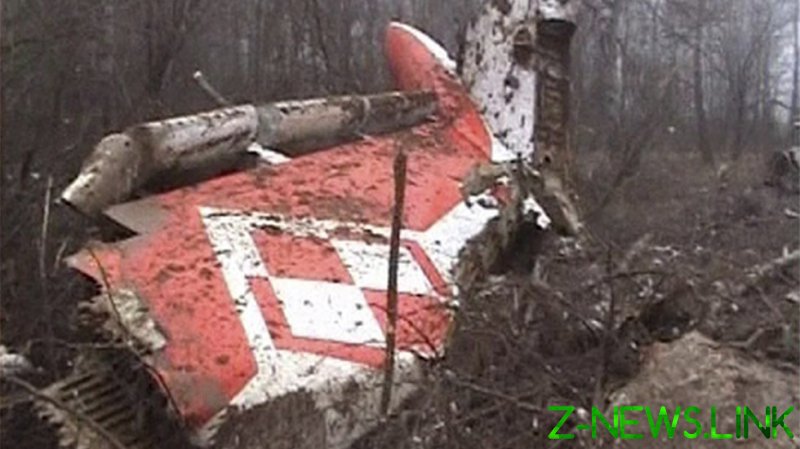 Investigators have “applied to the district court of the Warsaw-Mokotow region with a motion for the temporary arrest” of the three men, Ewa Bialik, a spokesperson for the Prosecutor General’s Office, told reporters on Wednesday.

“The charges brought against the air traffic controllers relate to the deliberate provocation of a plane crash that resulted in the death of many people,” she added.

Kaczynski and his wife were among the 96 on board the Polish Air Force Tu-154M that crashed outside Smolensk, in Western Russia, on April 10, 2010, while attempting to land in thick fog. The trip was part of an outreach to Warsaw by then Russian President Dmitry Medvedev. Initial investigations by both Polish and Russian officials found no technical problem with the aircraft, and blamed pilot error.

At the time, Polish authorities found serious issues with the organization and standards of the Air Force unit involved, which was subsequently disbanded.

However, the president’s twin brother Jaroslaw has insisted ever since that the crash was caused by some kind of Russian perfidy. Polish and international investigations have not found any evidence supporting his assertions.

Nevertheless, his claims seems to have gained traction in Polish public opinion, as a survey published earlier this year showed 44 percent of Poles considered the plane crash the major “current issue” standing between Warsaw and Moscow. The situation barely registers in Russia itself, given how Poland barely registers on Moscow’s contemporary list of priorities.

While he holds no elected office at the moment, Jaroslaw Kaczynski chairs the ruling ultra-nationalist Law and Justice (PiS) party, which has been in power since 2015. The current charges against Russian air traffic controllers are based on a claim by Polish investigators from 2018 that traces of explosives were found in the wreckage. However, no such evidence was found during the original probe, nor in the soil samples collected at the time.

The Smolensk crash was a massive blow to attempts at patching up Polish-Russian relations. Kaczynski was supposed to attend a commemoration of the Soviet killing of Polish soldiers in Katyn Forest during WWII.

Under PiS rule, Poland has repeatedly clashed with Russia on the diplomatic level, while urging fellow NATO states to permanently station troops on its territory. However, Warsaw has also fought numerous political battles with the EU, which has objected to PiS policies that conflicted with values officially embraced by Brussels.