Home / WORLD / ‘Placating the mob’?: Portland mayor BANS police from using tear gas at riots after fleeing violence at his own condo

‘Placating the mob’?: Portland mayor BANS police from using tear gas at riots after fleeing violence at his own condo 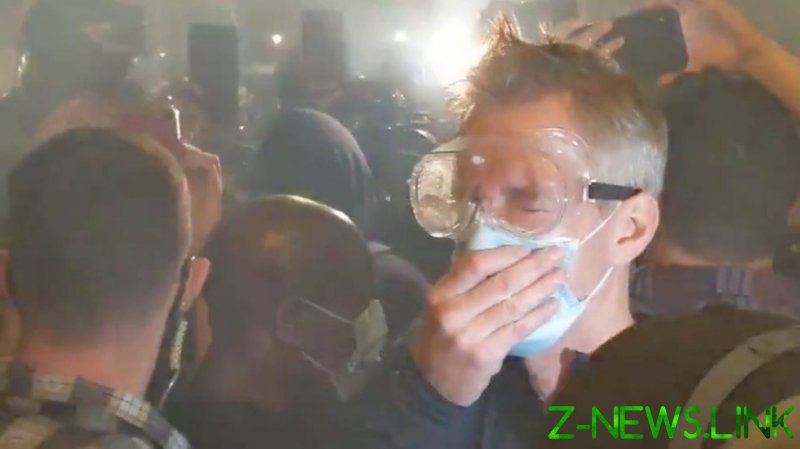 “Effective immediately, I am directing the Portland Police Bureau to end the use of CS gas for crowd control until further notice,” Wheeler announced Thursday. “We need something different. We need it now.”

Wheeler gave no indication of what other solutions might be considered to help cope with violent protests. Somewhat ironically, the mayor announced last week that he was moving out of his condominium in Portland’s upscale Pearl District after rioters firebombed the building.

With rioters setting fires to buildings, assaulting people in the streets and throwing rocks and Molotov cocktails at police, officers have been quick to deploy tear gas to disperse the demonstrations.

“I expect police to arrest people who engage in criminal acts,” Wheeler said. “I expect the district attorney to prosecute those who commit criminal acts. And I expect the rest of the criminal justice system to hold those individuals accountable.”

Wheeler has blamed President Donald Trump for inciting violence in Portland. After federal law enforcement officers began a phased pullout from the city under an agreement with Oregon Governor Kate Brown in late July, the Washington Post and other media reported that the protests had become peaceful. Yet six weeks of almost nightly rioting later, there appears to be no end to the violence in sight.

Responding to Wheeler’s decision to ban the use of tear gas, some Twitter users suggested that the mayor is trying to “placate the mob” by siding with Antifa and Black Lives Matter demonstrators. One observer suggested that taking away “everything but deadly force” may lead to people being shot, while others called for bringing on the water cannons.

Some welcomed the decision, however. The ACLU tweeted in support of Wheeler’s move, writing on Twitter: “Tear gas is a chemical agent banned even in warfare. It should never have been used on protesters.”