Home / WORLD / Pipeline proposals brought the Taliban to power first time round – could the same be true again now?

Pipeline proposals brought the Taliban to power first time round – could the same be true again now? 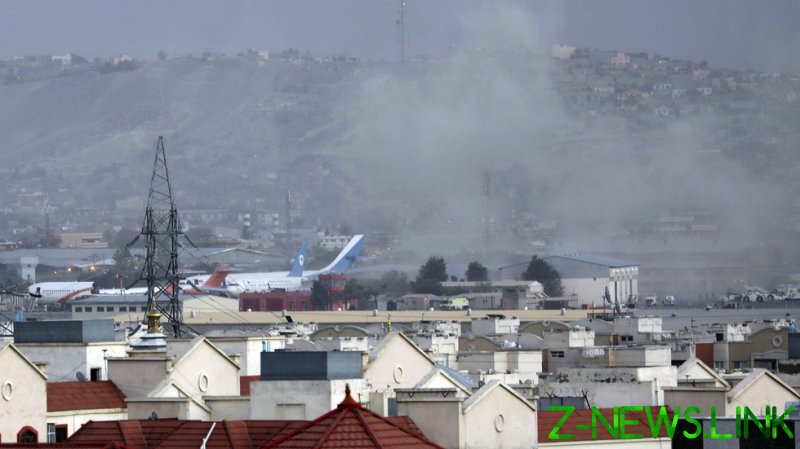 Contrary to official claims the last US soldier has left Afghanistan, it’s been reported that a “diehard” team of elite British and American troops are to remain in the country to “avenge the deaths” of those killed at Kabul airport in a suicide bombing by ISIS-K.

The joint party – which includes the SAS and the Navy Seals – may seek to construct a base in the “lawless” Afghan-Pakistan border area to conduct stealth strikes against the terror faction, and will be supported by US drones. Of course, this effort will require the Taliban’s approval – but defence sources say this is “likely to be given.” Even more extraordinarily, the possibility of the taskforce working alongside the returned rulers of Afghanistan has not been ruled out.

While seismically shifting alliances are nothing new for London or Washington, the speed and totality of this volte face is truly unprecedented. Nonetheless, the rationale for the resounding reversal – and indeed the total withdrawal of coalition forces, despite defense chiefs having long known the illegitimate and unpopular Western-backed government would immediately collapse as a result – may be straightforward.

In March, the Taliban were surprise guests of honor at a US-brokered meeting in Ashgabat, between representatives of Turkmenistan, Afghanistan, Pakistan and India – the four participating members of the long-awaited TAPI pipeline. The group assured attendees that they weren’t merely committed to not attacking the project’s infrastructure, but would actively ensure its safety and that of any and all other “developmental projects” in the country.

The Taliban’s intervention was clearly intended to reassure international financial institutions, which for so long have been deterred from investing in the endeavor by the very real threat of its destruction by insurgents, that the pipeline would be in safe hands once they were back in saddle – if successful, construction can finally begin, marking the culmination of an effort almost three-decades in the making.

The collapse of the Soviet Union in 1991 destroyed the Iron Curtain that had for so long blocked Western access to Central Asia’s vast energy wealth. Future Vice President Donald Rumsfeld declared in 1998 while chief executive of energy giant Halliburton, which reaped billions from government contracts on which only it was permitted to bid during the Iraq War, that “I cannot think of a time when we have had a region emerge as suddenly to become as strategically significant.”

There was just one problem – how could these vast riches be effectively extracted? Funnelling oil and gas through Russia would be expensive due to transportation fees levied by Moscow, brought in to reassert the country’s influence over the region’s newly-independent republics. US sanctions on Iran made even transiting resources through its borders illegal.

That just left Afghanistan a barren wilderness with no infrastructure to speak of, where Westerners typically feared to tread. Undiscouraged, US oil major Unocal dispatched representatives to conduct feasibility studies across Central Asia starting in 1995. They concluded that once a stable government, or at least governing force, was in place in Kabul, a 1,000-mile pipeline, capable of carrying a million barrels per day, was attainable. At least one Unocal executive provided information they gained on these trips to the Central Intelligence Agency.

The next year, the company opened an office in Kandahar – coincidentally across the street from a compound owned by Osama Bin Laden, and not far from a Pakistani intelligence station – as the Taliban were in the process of taking control of Afghanistan. Their subsequent success could well have been attributable to support provided by Unocal. A US Defense Intelligence Agency whistleblower who visited the country at this time heard from numerous informed sources the group’s capture of Kabul wouldn’t have been possible without the firm’s assistance.

Once that came to pass, Unocal’s in-house security forces and the CIA both afforded the Taliban weapons and instructors to maintain its grip on power, and the company engaged in well-funded lobbying back home to secure Washington’s recognition of the group as the legitimate government of Afghanistan, hiring numerous high-profile government officials for the purpose, including Henry Kissinger. He would later be appointed to head the 9/11 Commission, which specifically examined the pipeline effort, but stepped down rather than reveal potential conflicts of interest.

Another lobbyist enlisted was Zalmay Khalilzad, a State Department veteran pivotal to increasing the Reagan administration’s support for the Mujahideen’s war against the Red Army in the 1980s. In October 1996, he authored a strident op-ed for the Washington Post, demanding the US “reengage” with Afghanistan, dismissing suggestions the Taliban were an extremist force, and speaking of “common interest” between Washington and the group. His Unocal role was unmentioned – it also didn’t factor into mainstream media coverage of his appointment as special envoy to Afghanistan in January 2002.

Taliban were also flown into Texas to meet in person with Unocal executives in late 1997, as its fighters battled to seize control of the remaining third of Afghanistan not under its rule. Accounts of the VIP visit are rendered supremely surreal today – the group travelled to a zoo, the NASA space center, and a massive Target outlet for a shopping spree, before retiring to the palatial homes of company chiefs, replete with golf courses and swimming pools, where they feasted on halal meat and rice, washed down with Coca Cola.

The Taliban returned to Afghanistan bearing a number of gifts from Unocal, including a pledge to invest close to a million dollars in training Afghans how to construct the pipeline. For its part, Washington was very much open to recognizing the group, despite ever-growing domestic outrage at its treatment of women and extremely harsh interpretation of Sharia law.

“The Taliban will probably develop like the Saudis did. There will beAramco, pipelines, an emir, no parliament and lots of Sharia law. We can live with that,” a senior US diplomat allegedly said at the time.

That changed in August 1998, when US embassies in Kenya and Tanzania were bombed by Al Qaeda, killing over 200 people, and Washington responded with a series of cruise missile strikes on Afghanistan. By December, Unocal had finally withdrawn entirely from the pipeline project, and ended its operations in Kabul outright – although the next year Graham Fuller, former Deputy Director of the CIA’s National Council on Intelligence, made a revealing disclosure.

“The policy of guiding the evolution of Islam and of helping them against our adversaries worked marvellously well in Afghanistan against the Red Army,” he said. “The same doctrines can still be used to destabilize what remains of Russian power, and especially to counter the Chinese influence in Central Asia.”

So, in 2005, with the US so firmly “guiding the evolution” of Islam in Kabul anew, the pipeline was back on the table, in the form of TAPI – US officials were reportedly strongly supportive, because as before it would allow Central Asia to export energy to Western markets “without relying on Russian routes.” However, the project again stalled in short order, due to an increasingly volatile security situation. There’s no such risk of that happening today though, given the Taliban’s solemn pledge to defend it at all costs from bothersome incursions.

The aforementioned Zalmay Khalilzad was appointed in September 2018 as the US Special Representative for Afghanistan Reconciliation, and led talks with the Taliban. He has been condemned harshly in some quarters for the group’s rapid reseizure of power – but no reference to his time as a Unocal lobbyist, let alone discussion of how energy interests so intimately intersect with US foreign policy, can be found among the criticism.

This may be attributable to suggestions oil and gas interests played any role in Afghanistan having long-been dismissed as lunatic conspiracy theorist fare. But the facts are what they are, and more than speak for themselves.