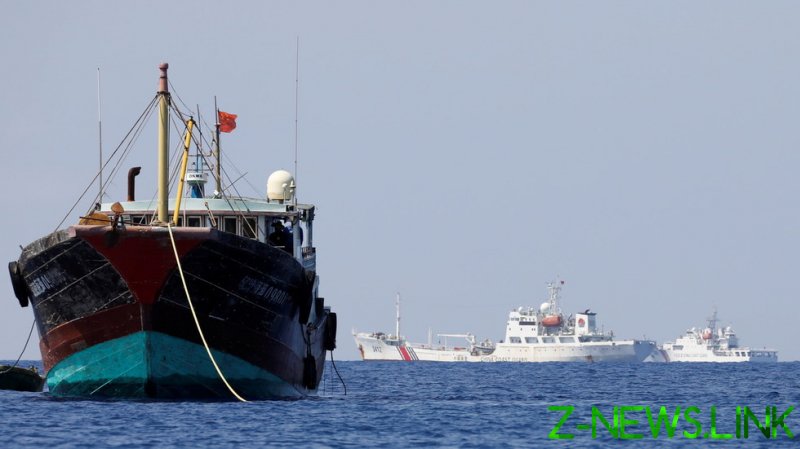 Manila’s Department of Foreign Affairs detailed the encounter in a statement on Wednesday, alleging that a pair of supply boats en route to the Ayungin Shoal – also known as the Second Thomas Shoal – were stopped by three Chinese vessels and “water cannoned” before they could reach their destination.

“Fortunately, no one was hurt; but our boats had to abort their resupply mission,” Foreign Affairs Secretary Teodoro Locsin said, adding that the department had conveyed its “outrage, condemnation and protest of the incident” to Beijing’s envoy to the Philippines, Huang Xilian.

Manila was also quick to note that the supply ships are “covered by the Philippines-United States Mutual Defense Treaty,” a pact inked with Washington in 1951 that calls for a US military response to any attack on the country, including “island territories under its jurisdiction in the Pacific Ocean, its armed forces, public vessels or aircraft.”

Beijing so far has not commented on the alleged run-in.