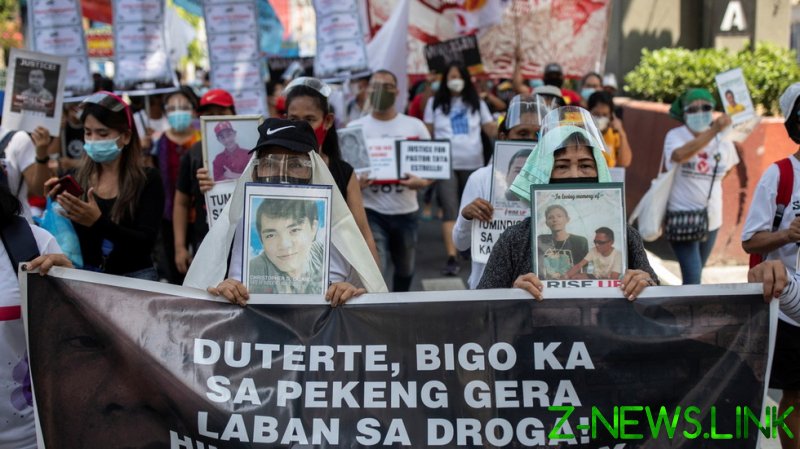 On Wednesday, the Philippines Department of Justice (DOJ) released details of 52 civilian deaths which took place during police operations linked with Duterte’s five-year campaign on drugs.

The released details suggest the police may have been at fault for some of the deaths. In several cases probed by the DOJ, no traces of gunpowder were found on the hands of the dead and some were not even armed.

The review also noted that officers had used excessive force and even shot suspects at close range. It was also reported that some medical and police records were missing. The release indicated that there would be further investigations into these cases, possibly allowing for criminal charges to be brought forward against officers.

The publications are a rare admission that abuses may have taken place during Duterte’s campaign. The official narrative was that all of the thousands who died were drug dealers who had resisted arrest.

Speaking to Reuters, Justice Secretary Menardo Guevarra said that the DOJ would expand its probe into the drug-war killings. “Time and resources permitting, the DOJ will review these thousands of other cases, too,” he stated.

Michelle Bachelet, the UN high commissioner for human rights, had requested that Manila publicize their findings from the 52 cases in order to further scrutinize their work.
Manila has frequently rejected calls for an international probe into the drug-war deaths. The International Criminal Court opened an investigation in September, although this has been dismissed by Duterte, who claimed the court’s jurisdiction in the country ended when the Philippines left the Rome Statute in 2019.

The official death toll from the president’s war on drugs is a little over 6,000, although the real number of fatalities is believed to be many times higher.

The president, who recently announced his intention to retire from politics after the 2022 election, has frequently suggested that the buck should stop with him and encouraged his officers to be tough on drugs. “If it’s drugs, you shoot and kill,” he said in 2020.