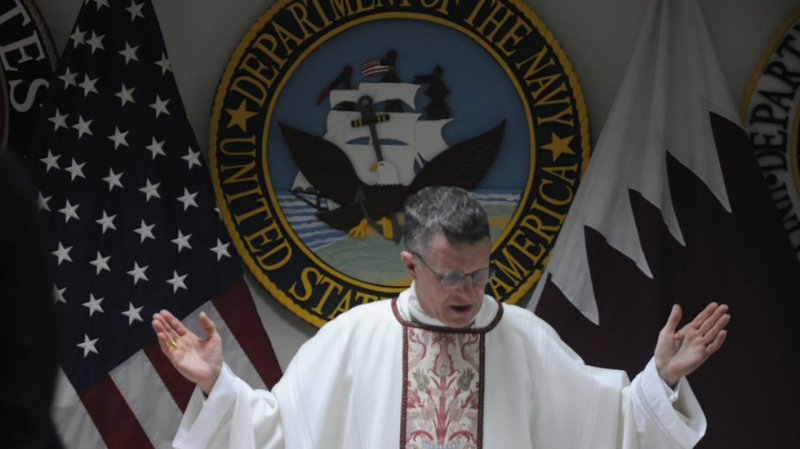 In a statement issued on Tuesday, Timothy Broglio – Archbishop for the Roman Catholic Archdiocese for Military Services in the US – argued that while the Vatican has determined that none of the Covid-19 vaccines in use are inherently wrong due to a tangential link to aborted fetal cells, soldiers still have the right to decline the jab if they believe it would “violate [their] conscience” for whatever reason.

“Notwithstanding the moral permissibility of these vaccines, the Church treasures her teaching on the sanctity of conscience,” Broglio wrote. “Accordingly, no one should be forced to receive a Covid-19 vaccine if it would violate the sanctity of his or her conscience.”

The archbishop’s statement follows an order by Defense Secretary Lloyd Austin in August requiring all service members to receive the Covid vaccine, not long after the US Food and Drug Administration gave full approval to the immunization developed by Pfizer and BioNTech. While the branches have offered some exemptions – with the Army, for example, allowing opt-outs for “legitimate medical, religious or administrative reason[s]” – some services have come under fire for allegedly seeking to clamp down on such loopholes.

Documents obtained by Fox News last month showed that the US Coast Guard had urged its chaplains to give extra scrutiny to any soldier looking for a religious exemption, asking that they grill service members on a series of questions, including whether they had ever taken a list of common medications that used fetal stem cells at some stage in their development – apparently hoping to catch them in a contradiction in order to deny their request.

“Have the member describe how they consistently keep the tenets of their faith and demonstrate those in their daily life. Ask them to be as specific as possible. Put the specific acts (or lack thereof) in the memo,” the document, addressed to chaplains, said.

Mike Berry, legal representative for the First Liberty Institute, a religious freedom organization that initially passed the documents to Fox, dubbed the Coast Guard guidance among “the worst constitutional violations I’ve ever seen.”

This is nothing less than a modern-day Inquisition. It demonstrates that the [Coast Guard’s] real motivation is religious hostility.