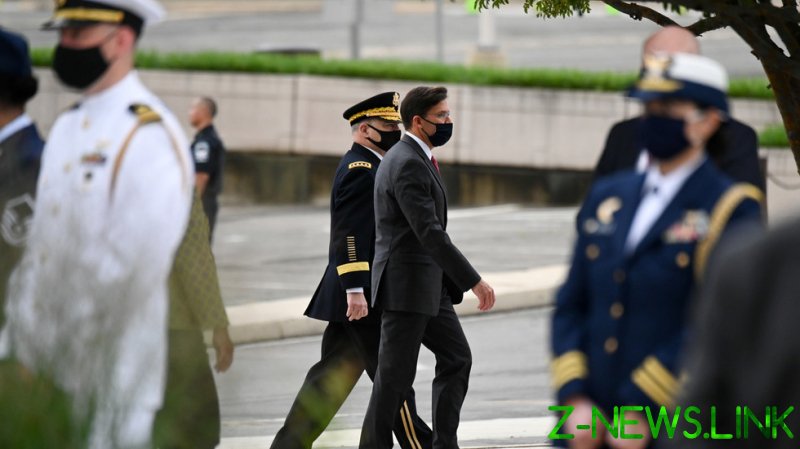 The rest of the Joint Chiefs have tested negative so far.

Ray, who is vice commandant of the Coast Guard, began feeling ill on Friday and tested positive on Monday. The other Joint Chiefs tested negative on Tuesday, but were told to self-isolate and work from home for the next several days.

“We are aware that Vice Commandant Ray has tested positive for Covid-19 and that he was at the Pentagon last week for meetings with other senior military leaders,” senior Pentagon spokesman Jonathan Hoffman said in a statement.

“Out of an abundance of caution, all potential close contacts from these meetings are self-quarantining and have been tested this morning,” he added.

“No Pentagon contacts have exhibited symptoms and we have no additional positive tests to report at this time.”

It is unclear where or when Admiral Ray may have contracted the coronavirus. Fox News noted that he had visited the White House last Sunday. This was a day after the outdoor event at which Judge Amy Coney Barrett was nominated to the US Supreme Court. It has been suggested in the media that this might have been the occasion when a number of people were infected, including President Donald Trump himself.

Democrats were quick to point the finger at the president for “infecting the Joint Chiefs.”

Trump spent the weekend at Walter Reed National Military Medical Center in Bethesda, Maryland, being treated for Covid-19, amid media speculation about his condition. He returned to the White House on Monday evening, saying he hadn’t felt this well in decades.