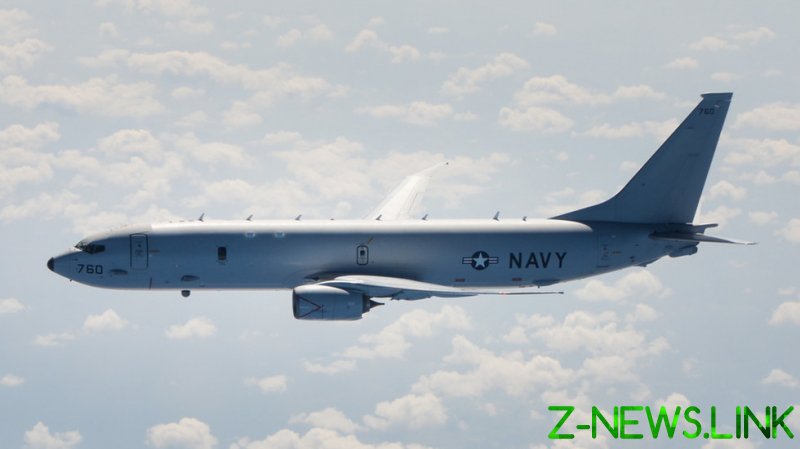 “We can confirm that over the course of last weekend, three US Navy P-8A aircraft experienced unprofessional intercepts by Russian aircraft,” Captain Mike Kafka, director of Defense Press Operations, said in a statement.

The encounter occurred while the US spy planes “were flying in international airspace” over the Mediterranean Sea, Kafka said.

“We have made our concerns known to Russian officials through diplomatic channels,” he added. “While no one was hurt, interactions such as these could result in miscalculations and mistakes that lead to more dangerous outcomes.”

So far, Moscow has remained silent on the alleged encounter. Unconfirmed media reports suggested that the intercepts of the Poseidons were followed by a run-in between Russian and US fighter aircraft. US pilots may have filmed the incident, but no footage of their close call with the Russian planes has been made public yet.

The incidents occurred as both Russia and the US – alongside its allies – held major naval drills in the eastern Mediterranean. The Russian Navy has deployed a joint flotilla of more than 15 combat vessels from the Pacific, Black Sea and Northern Fleets into the region. The ships are backed up by aircraft operating from Russia’s Khmeimim airbase in Syria, where several warplanes carrying hypersonic Kinzhal missiles arrived on Tuesday.

The US and its NATO allies have staged an exercise of their own in the region as well, dubbed Neptune Strike ’22. The drills involve three aircraft carriers – the USS Harry Truman, France’s Charles de Gaulle, and Italy’s Cavour – which have been training in launching and recovering one another’s air wings.