Pentagon creates MICROCHIP that will detect Covid-19 under your skin 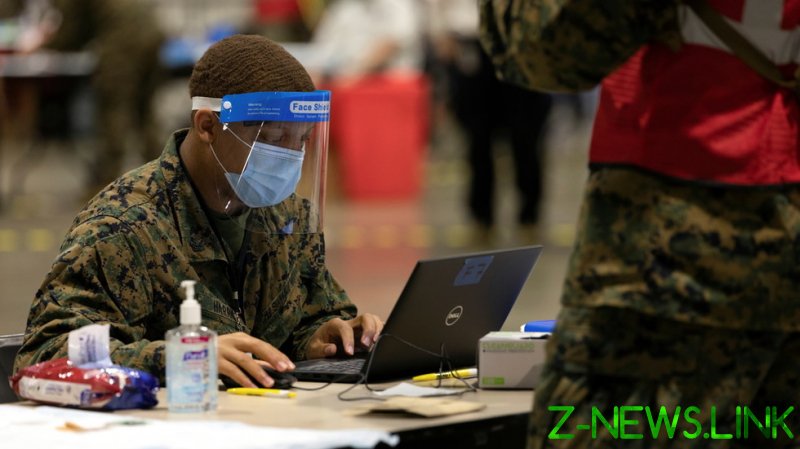 Retired Army Col. Dr. Matt Hepburn, an infectious disease physician, told ‘60 Minutes’ that the microchip acts like a “check engine” light for people, but does not track their every movement, which has been central to online conspiracy theories about Covid-19 vaccinations.

The technology was developed by the Defense Advanced Research Projects Agency (DARPA), which operates under the Pentagon. Hepburn’s interview was conducted on the USS Theodore Roosevelt, where last year over 1,200 crew members tested positive for Covid-19, something Hepburn claims this microchip could prevent in the future.

The microchip, which is not in widespread use beyond the Defense Department, is embedded under the skin in a tissue-like gel and continuously tests the recipient’s blood for evidence of a virus, like Covid-19. Once detected, it alerts the carrier they must immediately get a blood test.

“It’s a sensor,” Hepburn said. “That tiny green thing in there, you put it underneath your skin and what that tells you is that there are chemical reactions going on inside the body and that signal means you are going to have symptoms tomorrow.”

He went on to claim that the early detection technology could “stop the infection in its tracks.”

Another bit of technology highlighted during the ‘60 Minutes’ segment that could directly affect viruses like Covid was a dialysis machine that would be used to filter and detox blood and then reinsert the blood into a patient until the virus is removed from the body.

A military spouse dubbed ‘Patient 16’ reportedly went through this process after going through a serious illness that caused septic shock and organ failure. After four days of treatment, researchers claim she made a full recovery.

“For us, at DARPA, if the experts are laughing at you and saying it’s impossible, you’re in the right space,” Hepburn said.