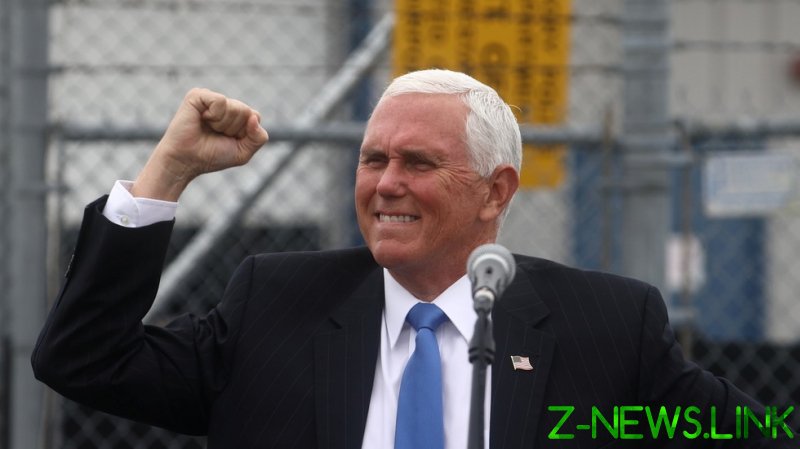 “The Vice President welcomes the efforts of members of the House and Senate to use the authority they have under the law to raise objections and bring forward evidence before the Congress and the American people on January 6th,” the statement, issued to the media by Pence’s Chief of Staff Marc Short reads on Saturday, reads.

Pence, who is set to attend a rally in Georgia on Monday in a bid to drum up votes for Republcian candidates Sen. David Perdue and Sen. Kelly Loeffler ahead of a crucial run-off there, has so far refrained from public comments on the plan by a group of his fellow Republicans to upend what is generally seen as a symbolic count of electors’ votes.

The statement comes several hours after Cruz and 10 other Republican Senators called for an electoral commision to be appointed to carry out an emergency 10-day audit of the voting results in battleground states, citing “the allegations of fraud and irregularities” on an unprecedented scale.

Cruz vowed to raise an objection to the electoral certification of the votes, the process over which Pence, as the President of the Senate, will preside on January 6. The effort is unlikely to bear fruit, since both a senator and a House member need to object to a state’s election outcome for it to be merely debated, and both chambers need to vote to either discard or uphold the challenge.

However, the Cruz-led initiative can see the otherwise formal procedure to drag out for quite some time.

While Pence has seemingly thrown his weight behind the undertaking, he nevertheless let the Department of Justice lawyers to object, on his behalf, to a long-shot Republican lawsuit seeking to give him powers to dismiss Biden votes from swing states. On Thursday, the DOJ lawyers dubbed the lawsuit “a walking legal contradiction” and Pence “the wrong defendant.”

The suit filed by Texas GOP Representative Louie Gohmert and 11 Arizona Republicans was ultimately tossed by a US district judge on Friday, ruling that the plaintiffs did not prove they have a “personal stake” in the matter.