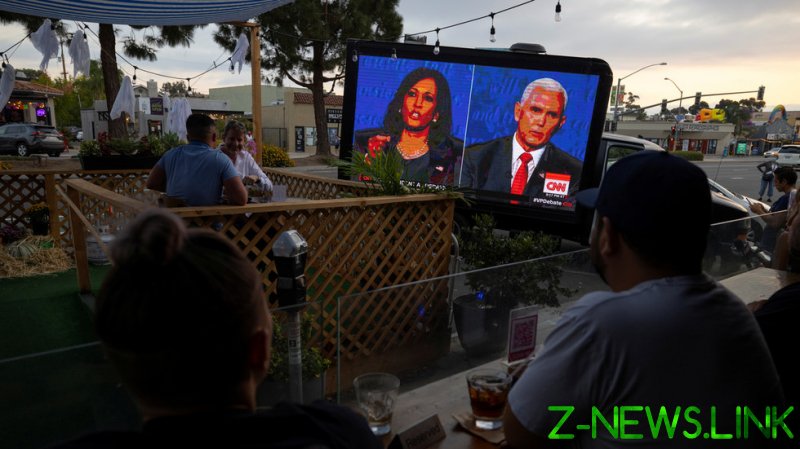 The topic of presidential succession was shaping up as a key moment at Wednesday’s vice-presidential debate in Salt Lake City because, as moderator Susan Page pointed out, either candidate would be serving under the oldest US president to be inaugurated at the beginning of the new term in January.

But Pence totally ignored Page’s question about whether he’d had talks with President Donald Trump, 74, about procedures and guidelines for stepping into the chief executive role in the event of a disability. Instead of addressing the topic, Pence talked about the Trump administration’s efforts to develop a coronavirus vaccine in record time. He then turned to criticizing Harris for undermining public confidence in a potential Covid-19 vaccine and pointed out the alleged failures of the previous administration in dealing with the swine flu outbreak.

“We know what failure in a pandemic looks like,” Pence said. “It was 2009 . . . . If the swine flue had been as lethal as the coronavirus in 2009, when Joe Biden was vice president, we would have lost 2 million American lives.”

Page then put the same question to Harris about her talks – or lack thereof — with the 77-year-old Biden regarding disability and succession. But rather than answering the question that was asked, Harris talked about the day she was invited to join with Biden as his vice-presidential running mate and spoke of how proud her late mother would be of her.

She then talked glowingly about her accomplishments as a prosecutor in California and becoming the second black woman ever elected to the US Senate.

Voters were likely eager to hear direct answers on the topic from both candidates. Trump tested positive for Covid-19 last Thursday and was hospitalized from Friday to Sunday evening. Biden’s health has been even more of a hot-button topic, including speculation that he is suffering from dementia. A Rasmussen Reports poll taken in August showed that 59 percent of American voters, including 49 percent of Democrats, believe it’s likely that his vice president would need to replace him at some point during his four-year term.