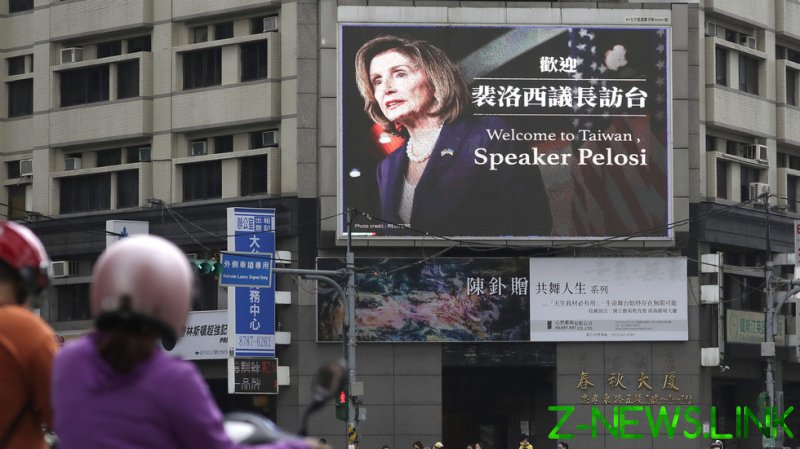 In March of this year, Chinese President Xi Jinping chastised US President Joe Biden on Ukraine, noting that “it took two hands to clap” (a reference to the role played by the US in fomenting the Russia-Ukraine crisis), and declaring “He who tied the bell to the Tiger must take it off,” a Chinese aphorism which basically said it was up to the US to fix the problems it was responsible for instigating.

During that same conversation, President Xi likewise took his American counterpart to task for statements made by US officials–including Biden himself–which suggested that the United States was drifting away from its historical commitment to the ‘One China’ policy regarding Taiwan that had underpinned US-Sino relations for decades. Xi noted that the “direct cause” of the current strain on relations is that “some people on the US side have not followed through on the important common understanding reached by us.”

The US, Xi added, has failed to deliver on virtually all of its promises to China regarding the avoidance of conflict, simultaneously promulgating deep-seated notions of China as an “imagined enemy” while sending the wrong signal to “Taiwan independence” forces, something Xi characterized as “very dangerous.” Continuation of such a policy direction would, the president noted, have a “disruptive impact” on China-US relations.

On August 2, the Speaker of the US House of Representatives, Nancy Pelosi, made an unannounced stop in Taiwan. This trip was made despite concerted warnings on the part of China that her visit would “lead to egregious political impact,” and that the Chinese military would “not sit idly by” if Pelosi landed in Taipei. The visit of Pelosi, number two in the line of succession to the Presidency of the United States, is a deliberately provocative move which appears to have been done independent of coordination with the State Department, the Department of Defense, or the White House. 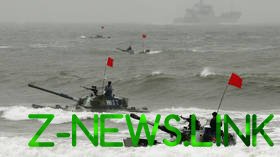 I, together with other former US intelligence and national security officials, had advised President Biden to curtail her visit out of concern that it would set in motion events which could result in a Chinese invasion of Taiwan and direct US-Chinese military confrontation. The White House refused to interfere with what it deemed the operation of a separate branch of government.

There can be little doubt that China did everything in its power short of shooting Pelosi’s plane down to dissuade the Speaker of the House to forgo her Taiwan visit. From the standpoint of national credibility, China literally put it all on the line. For China to do nothing in the face of what is an obvious provocation on the part of the US, through Pelosi, is not a probable outcome.

The question now is what will China do? The current diplomacy card has, for all intents and purposes, been exhausted. While China has imposed certain economic sanctions on Taiwan, the reality is the sanctions card, as wielded by China, is insufficient to the task of responding to the Pelosi provocation.

This leaves a military response.

China has already engaged in an unprecedented mobilization of military resources, by some accounts assembling more than 40 brigades, along with significant air defense and ballistic missile forces, hundreds of aircraft, and scores of ships. By rough calculation, this amounts to some 250,000 troops, and it doesn’t appear as if the mobilization is complete. China has announced that it will be holding live fire exercises around the periphery of Taiwan, including some that encroach on what Taiwan considers to be its sovereign space, running from August 4, the day after Pelosi’s departure from Taiwan, through August 7. 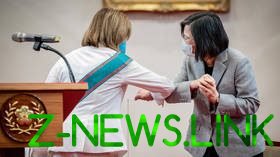 There is considerable cost, both in terms of fiscal resources and political capital, attached to military exercises of this scale during times of crisis. By mobilizing this amount of military resources, China has created a “use it or lose it” situation, where the military viability of the assembled force dissipates over time. The key question that needs to be answered is will China be satisfied with simply sending a signal to Taiwan and return its forces to their respective barracks once the exercises conclude, or if the Chinese government has determined that a red line has been crossed, and as such orders its military to transition from a live fire exercise to an actual invasion.

The answer to this question may very well rest with any parallel diplomatic track China may establish with both Taiwan and the US. If both Taiwan and the US can provide meaningful reassurances that Pelosi’s visit was not reflective of current US and Taiwan policy, there may be a possibility for China to be satisfied with simply flexing its muscle.

However, the Pelosi visit is itself a byproduct of a policy trend in both the US and Taiwan built on the notion of Taiwanese independence. If this perception cannot be altered, then China is bound through its Constitution to take measures consistent with preserving Chinese sovereignty over Taiwan. This, of course, would mean war.

Let there be no doubt—Nancy Pelosi, by landing in Taiwan, tied the bell to the tiger. It is now up to Joe Biden to take it off.

The question now is whether the tiger will cooperate.