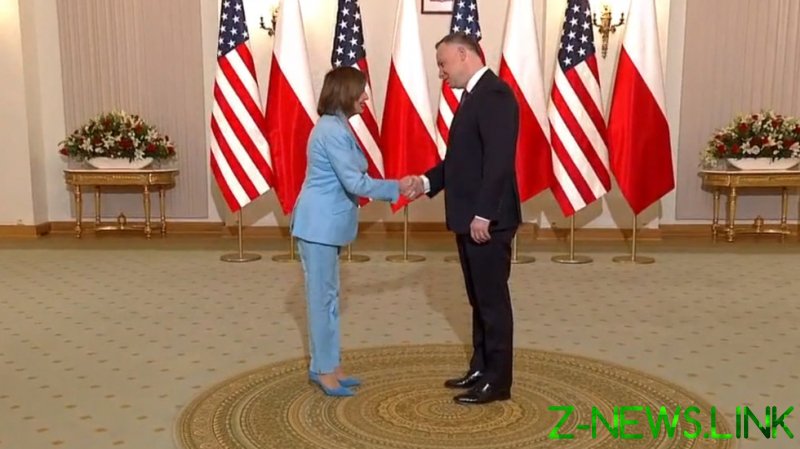 US House Speaker Nancy Pelosi has demanded the “strongest possible” retaliation to Russia’s attack on Ukraine following meetings with officials in Warsaw and Kiev.

In comments after a sit-down with Polish President Andrzej Duda on Monday, Pelosi said Washington and its allies must escalate their efforts against Moscow, calling for the “strongest possible military response” and “the strongest sanctions” in order to “make the case that this is not tolerable.”

“We shouldn’t do anything less because of a threat from Russia,” she continued, arguing that it had “already delivered” on that threat by attacking its neighbor.

The House speaker also noted that the US delegation “discussed the centrality of the US-Poland partnership in delivering security, economic and humanitarian aid to Ukraine,” as well as “the importance of bolstering the NATO alliance.” 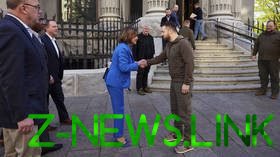 Both nations have devoted significant amounts of military gear and other assistance to Ukraine’s war effort, with Washington spending tens of billions to furnish the country with heavy artillery, drones, helicopters, armored vehicles, ammunition, and small arms, among other weapons. Western nations have also embarked on a heavy sanctions campaign seeking to “isolate” and “cripple” the Russian economy in response to the military operation.

In his own statement following the meeting, President Duda said the two sides also discussed how to further strengthen NATO’s “eastern flank,” after several US deployments pushed troop levels in Europe beyond 140,000, many stationed in the east.

Warsaw has made a number of major security proposals for both itself and Ukraine in recent weeks, calling on the United States to facilitate the transfer of warplanes to Kiev, as well as for US troop and even nuclear deployments on Polish soil. Russian officials have repeatedly urged against additional arms deliveries to Ukraine, and have warned that the stationing of nuclear weapons in Poland would trigger a response in kind from Moscow.

Pelosi’s visit to Poland followed a ‘surprise’ stop in Kiev last weekend, where she and fellow US lawmakers met with Ukrainian President Volodymyr Zelensky and other top officials. In a statement after that trip, Pelosi declared that “America stands firmly with Ukraine” and will “be there for you until the fight is done.”