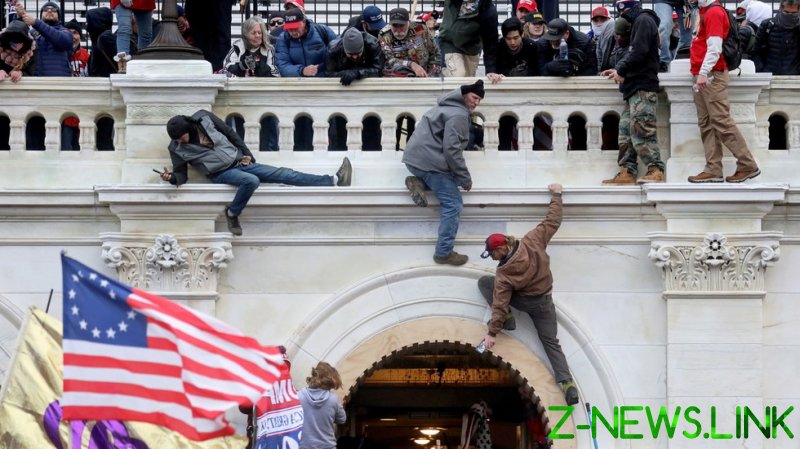 Pelosi announced the new congressional committee on Thursday, saying the House-led investigation would look into the “root causes” of the incident, as well as what precautions could have been taken to better secure the halls of Congress.

“This morning, with great solemnity and sadness, I am announcing the House will be establishing a select committee on the January 6th insurrection,” Pelosi said during a press conference, adding that the probe would be two-pronged.

The committee will also focus on “the security of the Capitol and what it means to be ready for such an insurrection,” Pelosi continued. “While I think we could have been better prepared, I don’t think anybody would have foreseen an insurrection incited by the president of the United States.”

The announcement comes after Senate Republicans blocked legislation that would have created a bipartisan, 9/11-style commission to examine the riot last month. While Democrats have long pushed for such a probe, GOP lawmakers have argued it would become politicized, and that ongoing law enforcement investigations are sufficient.

Democrats, however, have not given up on a separate bipartisan commission, with Pelosi saying the select committee created on Thursday would be “complementary, not instead of” a probe modeled on the 9/11 inquiry. Having passed the House with the support of 35 Republicans, Senate Majority Leader Chuck Schumer has vowed to “force the Senate to vote” on the measure again in the future.

Pelosi is not the first to suggest the unrest at the Capitol was fueled by racial bigotry and even “white supremacy.” While the riot was ostensibly centered on anger over the outcome of the 2020 presidential race, with supporters of then-incumbent Donald Trump alleging widespread voter fraud, some, including academics and even military leaders, have pinned the incident on “white rage.”

Meanwhile, when asked about courses on “white rage” currently offered at the West Point military academy on Wednesday, General Mark Milley, the chairman of the joint chiefs of staff, suggested the concept could explain what happened on January 6.

“I want to understand white rage, and I’m white,” Milley told lawmakers during a House hearing. “So what is it that caused thousands of people to assault this building and try to overturn the Constitution of the United States of America? What caused that?”

Though the new select committee has yet to get underway – with Pelosi giving no timeline or any details about its composition – the Senate has conducted a preliminary investigation, releasing a 127-page report earlier this month. The probe found a series of security lapses at the Capitol, as well as clear signs that violent rioters were preparing to descend on Washington, DC in the days leading up to January 6.

Recent court filings have also raised questions about the FBI’s activities ahead of the riot, prompting calls for further investigation. Some of the documents suggest the bureau had ample evidence of impending unrest at the Capitol but failed to act, while others show that dozens of criminal co-conspirators have not been charged, despite deep involvement in the riot plot.