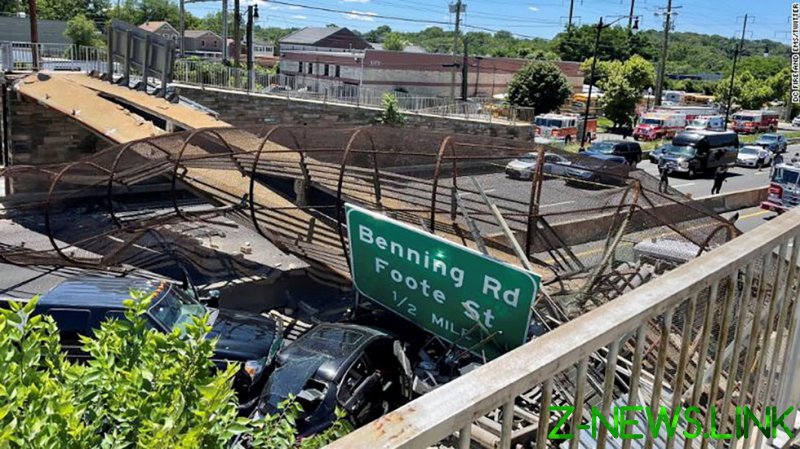 Authorities said six people were looked at by first responders, with four ultimately being transported to the hospital for treatment for their injuries, though all are reportedly minor.

The bridge collapsed in the afternoon along Interstate 295, triggered by a collision which separated it from its mooring. Numerous images and videos were captured of the collapsed bridge blocking the busy highway.

Hazmat units were called to the scene over a diesel fuel leak caused by the collapse. At least one other vehicle was also struck by debris. Both northbound and southbound lanes on Route 295 were forced to shut down due to the crash, with traffic being diverted from the highway and miles of traffic building up on both sides of the collapse.

In a press conference following the collapse, it was confirmed the bridge will be fully fixed and replaced and DC Mayor Muriel Bowser advised residents to continue avoiding the area as debris is removed. Bowser denied there being any structural concerns about the bridge and said it was last inspected in February.

Officials say the collision could have been caused by the diesel truck which may have exceeded the height limit passing under it, but the investigation remains in its early stages. Investigators are currently checking other nearby bridges on the highway to see if they sustained any damage earlier in the day.