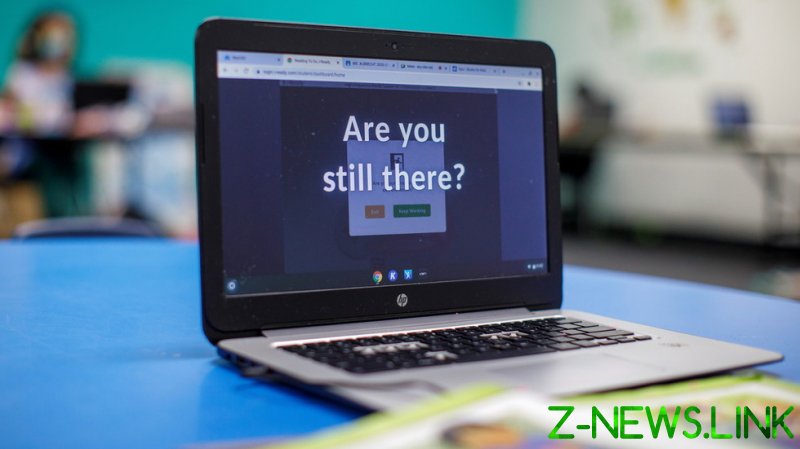 The suit, which was filed this week in Los Angeles County Superior Court, accuses the Los Angeles Unified School District (LAUSD) of breaching its responsibility to students by letting teachers dictate when schools shuttered amid Covid-19 pandemic can reopen. The other defendants, the United Teachers Los Angeles (UTLA) union and its president, Cecily Myart-Cruz, allegedly pursued their own “personal and ideological” agendas without regard to the students.

For example, according to the suit, the district and the union agreed in April 2020 that teachers would provide only online instruction and wouldn’t have to assess student learning or work more than one hour a week outside their virtual classes. In fact, the deal included cutting teachers’ work hours by 50% and ensured that they “would not be evaluated in any way.”

“UTLA was willing for teachers to remain out of the classroom, and children, including Plaintiffs, to suffer the mental, social, and academic consequences,” the lawsuit said.

UTLA used the tragedy of Covid-19 as an excuse to extract concessions based on its preferred personal and ideological policies by holding the education and future of LAUSD’s children hostage.

As negotiations on reopening schools dragged into November, Myart-Cruz said that a return to work would require a hybrid schedule of online and in-person classes, “and frankly, there is no such thing as a good hybrid schedule.” Two months later, she allegedly said “wealthy white and Middle Eastern parents” were stalking union members on social media to pressure them to reopen schools.

On February 26, the union issued a statement rejecting any “fixed date” for reopening schools. A state school-reopening plan released by Governor Gavin Newsom was “propagating structural racism,” Myart-Cruz said on March 1. Later last month, union members voted 91% against returning to classrooms without their demands being met.

The school district capitulated to the union’s demands – including priority vaccine access for teachers, new ventilation systems, hybrid schedules and union-set cleaning, social-distancing and protective-equipment guidelines – in an agreement that was ratified on March 21. But the lawsuit said there’s still no guarantee that the union will allow teachers to return to classrooms on schedule, starting with elementary schools in mid-April.

The families detailed damages that their children have suffered, such as suicidal thoughts, depression and weight gain. They seek damages equivalent to the district’s per-student budget at the school.

Less than 23% of California’s in-person learning has been restored, which is lowest in the nation, according to the Burbio school reopening tracker. Neighboring Arizona, for one example, is at 96%.