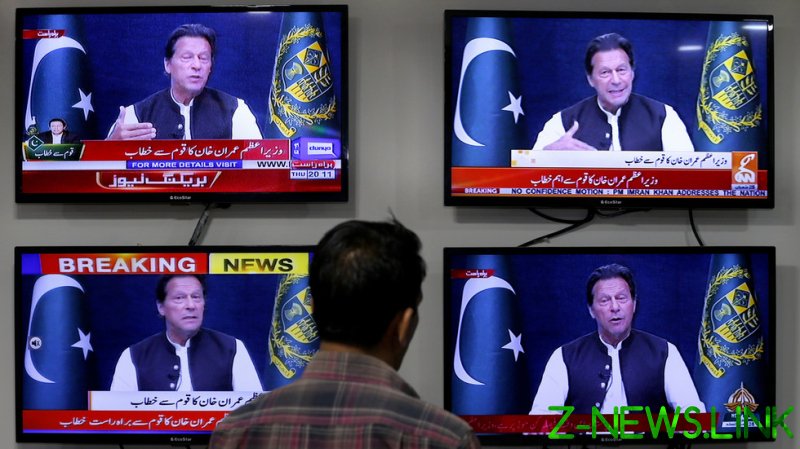 Pakistani Prime Minister Imran Khan has called for an early election after a vote of no confidence against him was unexpectedly canceled by the parliament’s deputy speaker on Sunday.

Khan PTI’s party effectively lost its majority in the National Assembly last week when seven MPs from its coalition partner decided to join the opposition’s ranks.

The PM’s rivals insisted that this had given them a real chance of ousting Khan, who has been in office since 2018.

But the parliament’s deputy speaker Qasim Khan Suri canceled the no-confidence motion brought by the opposition in a surprise move, citing “foreign interference.”

Khan, who claims there is a US-led “international conspiracy” to remove him from power, then delivered a televised address to the nation, saying it should “prepare for election.”

“You will decide the future of this nation, not the corrupt or the foreigners,” he said.