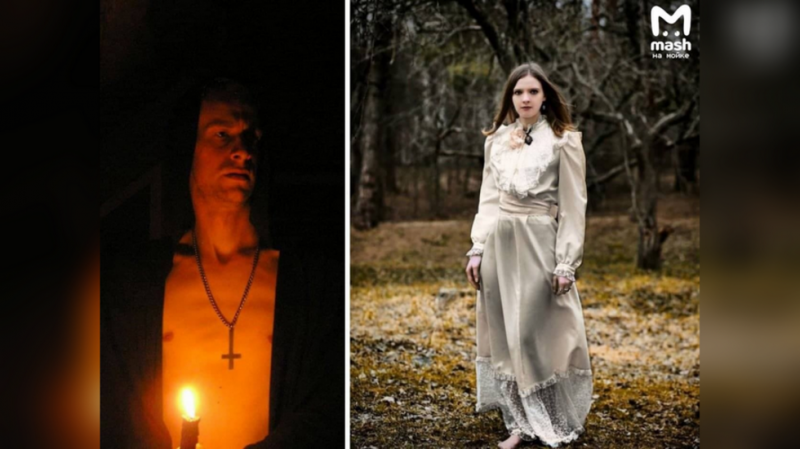 News site Mash splashed the gruesome details on Thursday, naming the occult-loving duo as Andrey Tregubenko and Olga Bolshakova, living in the capital, Moscow. They had apparently been initially called in for questioning by police on drugs charges, before making the gory admission that they were responsible for the deaths of two young people in the forests of Karelia, which borders Finland, Sweden and Norway.

The victims were said to have been lured out to the vast region by Tregubenko and Bolshakova, who then proceeded to dismember their bodies and eat them.

A missing-persons notification dating back to 2016 identifies the two dead people as Platon Stepanov and Viktoria Zaitseva, both aged 27 at the time they vanished.

According to Mash, while friends and relatives were searching for the murdered pair, Tregubenko and Bolshakova kept the whereabouts of the bodies a secret.

In 2010, Russian lawmakers moved to ban occult groups and supposed mystic healers from advertising their services. Parliamentarians were said to be concerned by the prevalence of commercials encouraging the public to seek unorthodox support for everything from unfaithful husbands to hexes and incurable illnesses.

The case has echoes of a legendary series of murders committed by Andrey Chikatilo, dubbed the ‘Butcher of Rostov’ after he was found to have killed and eaten more than fifty victims, mostly in the southern Russian city. He was responsible for one of the country’s most long-running strings of sexual assaults between 1978-1990, and was only caught after a lengthy manhunt by Soviet police.