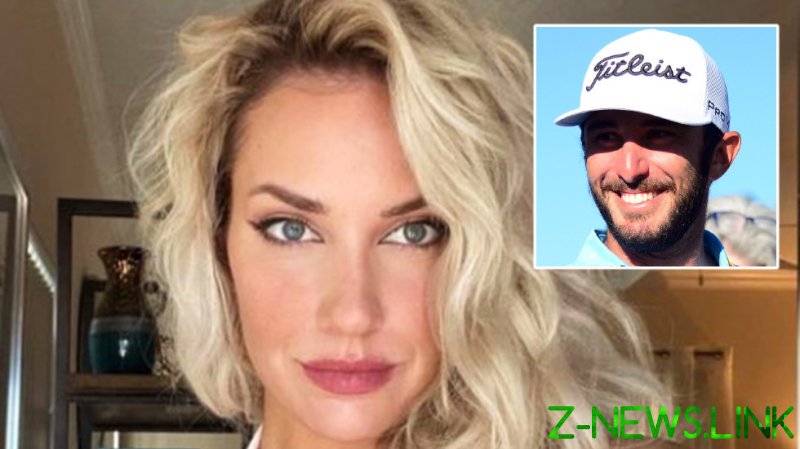 Several top golfers, including Rory McIlroy, Jason Day and Tommy Fleetwood, donned red and black gear in tribute to Woods’ trademark colors at Sunday’s final round of the WGC Championships event in Florida, with Woods himself later tweeting that he was “touched” at the wide-ranging gesture from several members of the field.

However, there are many sides to social media – and another narrative to have developed online centered around criticism of the various players who, for whatever reason, didn’t opt to wear gear in tribute to Woods.

One such figure was Max Homa. Instead of wearing the red and black outfit in support of Woods, he wore grey trousers and a striped white top – with fans soon flooding social media to demand answers for Homa’s perceived slight at their injured hero.

Homa tweeted that he had already packed for the trip by the time he was alerted to Woods’ car crash, adding ahead of Sunday’s round that he didn’t have an opportunity to take part in the collective gesture.

The Genesis Invitational champion clearly indicated that he supported Woods and was looking forward to seeing his peers honor the 15-time Major winner.

Somewhat predictably in the reactionary world of Twitter, Homa was singled out by a variety of golf fans who slammed what they perceived to be a disrespectful move of deliberately not taking part in the tribute.

The 27-year-old Instagram sensation has made headlines on several occasions already this year with some of her comments about the state of social media.

In January, she was highly critical of sections of her fanbase who felt the need to frequently comment on her appearance – repeating some of the claims levied towards her, such as accusations that Spiranac was “too fat” and “too skinny“.

Spiranac also revealed in January that she receives so-called “d*** pics” on a daily basis from obsessive fans.

She has spoken with apparent glee about her love life and salacious tittle-tattle such as scandals involving basketball stars in the “NBA bubble”, but told a listener last month that she saw her broadcasts taking a different direction now.

“I will still discuss my personal life but I’m not going to talk about sex or clickbait topics just for listens,” she claimed after her admirer said they had enjoyed hearing about her “personal life experiences.”

She concluded: “It was out of place and not what I wanted the podcast to be about.”