Home / WORLD / Owner of Florida diner BANS Biden supporters from her restaurant, citing deaths of US troops in Afghanistan

Owner of Florida diner BANS Biden supporters from her restaurant, citing deaths of US troops in Afghanistan 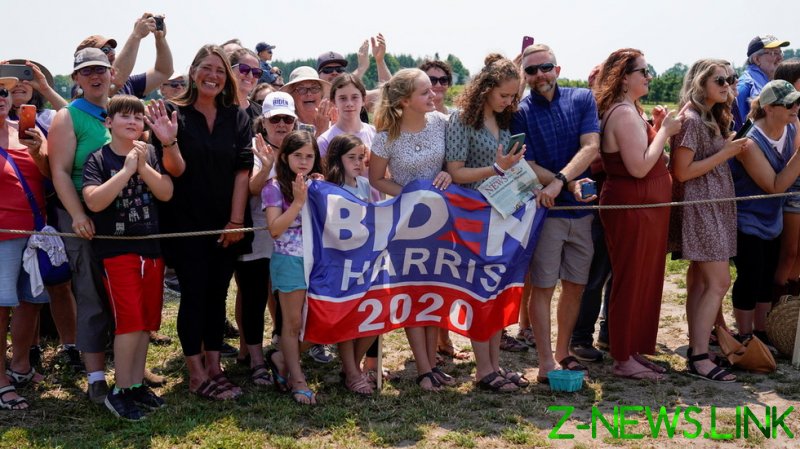 Angie Ugarte, owner of the DeBary Diner in DeBary, stirred controversy in the Florida community and local media after posting a sign on the restaurant with the message for those still supportive of Biden. The poster accuses the administration of being “complicit” in the deaths of 13 US service members, who were killed in a suicide bombing attack at the Kabul airport along with dozens of civilians, some of whom allegedly perished in the ensuing firefight. ISIS-K took responsibility for the bombing. The attack took place during the chaotic evacuation that wrapped on Tuesday, with many civilians and allies being left behind.

The Biden administration has been heavily criticized for its handling of the Afghan evacuation, and for its tone-deaf response to the Kabul airport tragedy, with White House Press Secretary Jen Psaki literally saying the mass-casualty event “doesn’t take the place of all of the progress, all of the work that’s been done to evacuate people,” and Biden calling the operation an “extraordinary success.”

The Florida business owner pulled no punches while assessing the administration’s “success” in Afghanistan.

“If you voted for and continue to support and stand behind the worthless, inept and corrupt administration currently inhabiting the White House that is complicit in the death of our servicemen and women in Afghanistan, please take your business elsewhere,” Ugarte’s sign reads.

Ugarte said she plans on keeping the sign up until every American is out of Afghanistan. She cited her heavy veteran customer base as part of why the controversy struck so close to home.

“I was just angry. I was just let down. I felt like one of those mothers, or wives, or sisters who were gonna get that knock on the door,” she told Fox 35, adding that she does not want to be “associated” with anyone still supportive of the current administration.

Ugarte has received a mixed response about the sign, with some saying they love it, but plenty of other potential customers have also turned away from the business after reading the message.

Liberals, however, were glad to blast the business over its stance and promised not to give them business.

“I wish more businesses would do this. Makes it much easier for me to know what businesses to avoid!” one Twitter user wrote in response to the ‘ban.’

“​​Crushing to not be able to go to the DeBary Diner,” another added, sarcastically.

Despite heavy criticism from both Democrats and Republicans – some of whom have called for Biden to resign or be impeached – the president on Tuesday called the Afghanistan withdrawal mission an “extraordinary success” the likes of which “no nation has done in all of history.”