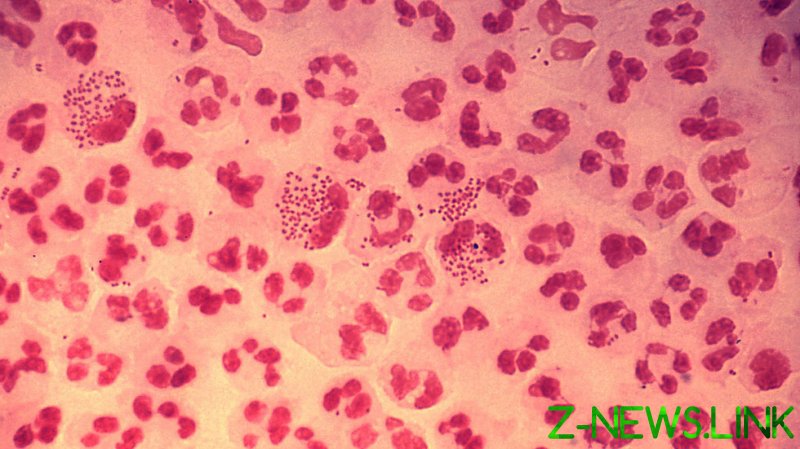 While no antibiotic has been found to be effective in fighting off the coronavirus, the drugs were heavily administered in the early stages of the pandemic, with one Cambridge study showing that more than 70 percent of Covid-19 patients in the US received them between March and April. Though they are also used to prevent “co-infections” in hospital settings, the researchers found the drugs were still overused, reporting a “significant mismatch” between bacterial co-infections and patients receiving antibiotics.

The over-reliance on the medications risks unleashing a new wave of antibiotic-resistant infections, such as “super gonorrhea” – a more hardy and drug-resilient version of the sexually-transmitted infection (STI) – a World Health Organization spokesperson told the Sun.

“Overuse of antibiotics in the community can fuel the emergence of antimicrobial resistance in gonorrhea,” the WHO representative said, adding that Azithromycin, a common antibiotic for treating respiratory illnesses, was given to countless Covid-19 patients earlier in the health crisis.

The spokesperson also pointed to disruptions in STI services during the pandemic, saying “this means more STI cases are not diagnosed properly with more people self-medicating as a result.”

Kevin Cox, the executive chairman for British biotech firm Biotaspheric Ltd., said the phenomenon could soon render the disease untreatable, telling the Sun that new approaches are “urgently” needed as those infected pass on the illness and “accelerate” its drug-resistance.

The WHO has warned elsewhere that antimicrobial resistance in gonorrhea has “increased rapidly in recent years” and “reduced options for treatment,” even prior to the emergence of the coronavirus on the world stage late last year. Though the lion’s share of the 90 million or so gonorrhea cases reported worldwide annually are recorded in Africa, Europe has also recorded an uptick in the illness, seeing a 22-percent spike between 2017 and 2018, according to the latest data from the European Centre for Disease Prevention and Control. The US experienced a smaller surge, about 5 percent, in the same period, official numbers show.