Home / WORLD / Over half of Germans want lockdown for all – poll

Over half of Germans want lockdown for all – poll 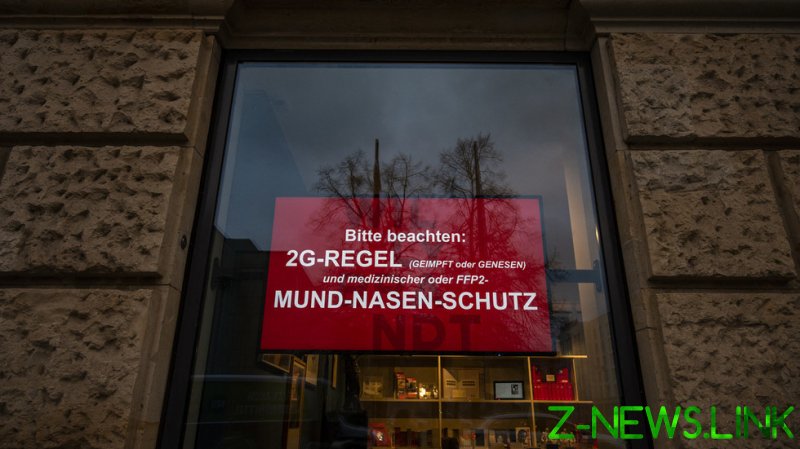 38%, on the other hand, do not want to see the screws tightened even further, while another 8% are undecided. The pollsters surveyed 2,049 Germans online between November 30 and December 2, asking whether they would support a nationwide lockdown in December.

The study revealed a considerable divergence of opinion, depending on age and region. For instance, among the respondents over 55, the number in favor of tougher restrictions is the highest of all age groups, reaching 63%, while only 40% of those aged 25 to 34 hold the same view. As for regional differences, the two German states with the lowest support for a new lockdown are Thuringia and Saxony, which also rank among the country’s Covid hotspots, with a relatively low proportions of vaccinated citizens. At the opposite end of the spectrum are Bremen and Lower Saxony.

The poll results additionally suggest that the majority of Germans see a bleak future ahead, with 58% skeptical about the nation’s chances of getting on top of the Covid pandemic in the coming year. 28% are more optimistic, however, while another 13% found it difficult to offer any prognosis. The researchers say Germans in the west of the country tend to see things in a more positive light compared to those in the east.

The poll results come as Germany’s federal and regional authorities agreed on Thursday to introduce sweeping restrictions for the unvaccinated, barring them from all cultural and entertainment venues. Access to shops in hard-hit regions is now also contingent on a person having proof of either vaccination or of recovery. Stores selling essential goods and groceries are, however, an exception to the rule.

On Thursday, outgoing chancellor Angela Merkel announced that a nationwide Covid vaccination mandate may come into effect from February next year, telling journalists that, by the end of 2021, the country’s parliament would have voted on legislation allowing this measure. Her successor at the helm, Olaf Scholz, is reportedly also in favor of making vaccination mandatory for all. Germany has had record-breaking numbers of new Covid infections in recent weeks, with health authorities warning that hospitals in some regions are currently working at capacity.