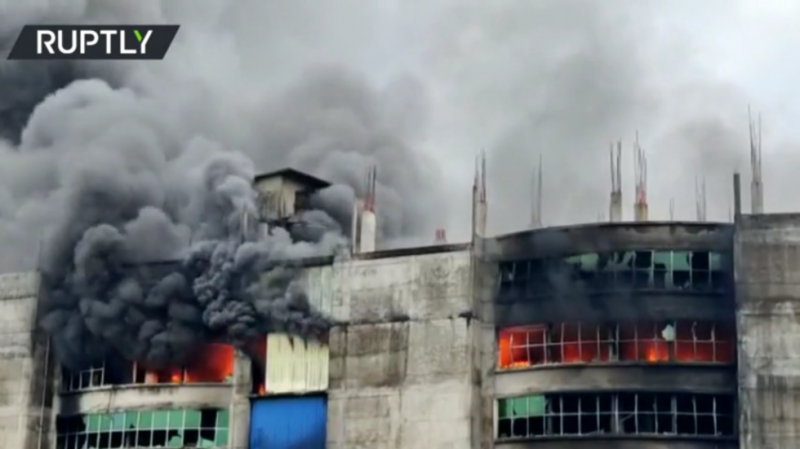 The fire began on the ground floor of a multi-story building in an industrial area some 20 kilometers (12 miles) from Dhaka on Thursday night. It originated at a facility producing noodles and drinks that belongs to Hashem Food and Beverage. On Friday morning, it was still raging, firefighters told local media.

According to the latest reports from local media, rescue officials confirmed that 52 bodies had been pulled from the rubble. They said the search continues, as more people are feared to be trapped inside the building. 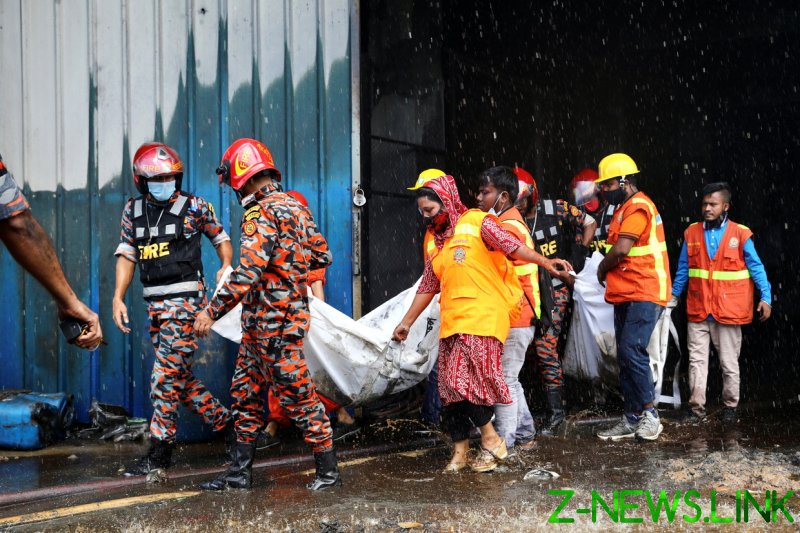 Many were hurt as they jumped from upper floors, desperate to escape the flames. Some two dozen people were rescued from the roof by firefighters.

Local officials have said they are gathering information, as it is “not clear how many workers are trapped,” Reuters reported. The cause of the fire is not yet known.

Such deadly accidents are common in the South Asian country. After the Rana Plaza building, which housed a garment factory, collapsed there in 2013, making grim history by killing over 1,100, officials have sought to improve safety and labor conditions. However, according to activists, millions in Bangladesh still live and work in buildings which lack proper security, and safety rules are said to be poor at many factories. The deadliest Bangladesh factory fire to date happened in 2012, killing at least 117.