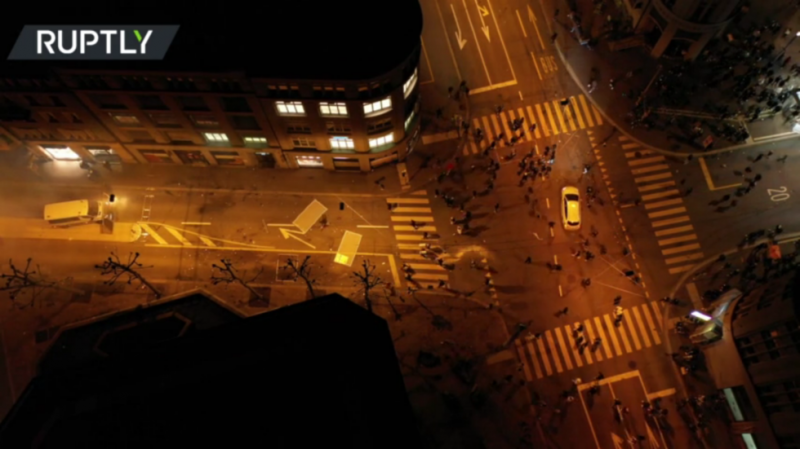 The riot broke out after around 1,000 young people gathered at the Roter Platz square in the city center. The agitated crowd attacked police and ambulance crews, hurling bottles, firecrackers, and pavement stones. The officers responded by launching volleys of tear gas and firing rubber bullets.

Police said the rioters smashed a bus stop, started fires, and threw a Molotov cocktail at the officers. St. Gallen Police Chief Ralph Hurni told reporters that two people were injured and 21 were detained. He added that 33 people who came from other cities were temporarily banned from returning to St. Gallen.

A spokesperson for the city police, Roman Kohler, told the newspaper St. Galler Tagblatt that there were calls on social media to start another riot on Sunday evening.

Officials and the media linked Saturday’s riot and a similar public disturbance last week to the growing frustration with Covid-19 restrictions. St. Galler Tagblatt quoted a 17-year-old present at the riot as saying, “We will no longer allow ourselves to be locked up.”

The city’s top security official, Sonja Luthi, condemned the violence “in the strongest possible way,” adding that police acted appropriately. St. Gallen Mayor Maria Pappa said that attacks on police officers were “completely wrong,” and that the zero-tolerance policy against rioting will continue.