Outrageous footage of hunting for the Rhino horn. Photo 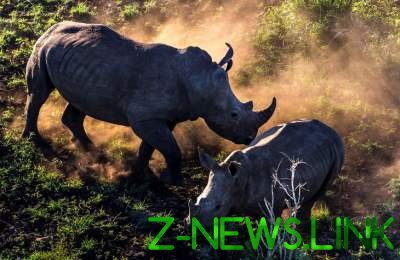 The photographer held an inquiry into the brutal fishing.

Photographer Brent Stirton, which became the winner of the competition of photos of wildlife, 2017, conducted its own investigation of how the deadly business of hunting for Rhino horn.

Its history, the fourth largest in South Africa, Hluhluwe-Umfolozi begins in 1985. Then a question was raised about the protection of rhinos from extinction on the territory of the Republic of South Africa. But to save the giants from geeks does not always work — the Park frequented by poachers.

This black Rhino has been dead for 24 hours, when Brent Stirton photographed. Later the autopsy showed that a large caliber bullet fired from a powerful rifle, passed through the body, causing extensive tissue damage. He did not die immediately and ran for some distance and then fell to his knees. The next shot on the rebound was made right in the head. 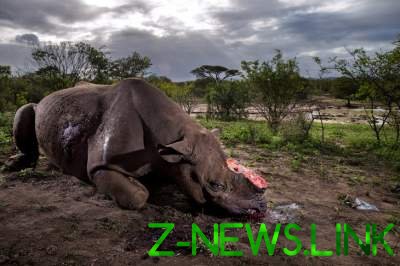 Black rhinos are under threat of extinction. According to the International Union for conservation of nature (IUCN), since 1960, their numbers declined by 97.6%. All because international trade in Rhino horn. These horns are used in traditional medicine in South Korea, China and Vietnam where they are considered as a universal medicine, from cancer to kidney stones. This is despite the fact that there is no scientific evidence of medicinal properties of rhinoceros horns.

The first mention of the use of Rhino horn, there are more than 2,000 years, but recent economic recovery in Asia had a disastrous effect on the rest of the world’s rhinos, all these horns are worth more than gold.

The horn is made of keratin — the same protein that forms human nails and hair. It grows from the skin and is not part of the skeleton of a rhinoceros.

Photographer Brent Stirton documented the crisis of poaching on the border of Mozambique and South Africa. Daily incursions by armed poachers led to the war for rhinos in the Kruger National Park. The average life expectancy of a Rhino that wander on the border of the Kruger Park from Mozambique is… only 24 hours.

There are in Africa and lone fighters for the welfare of the rhinos. So, photographer Brent Stirton visited an amazing ranch of John Hume, the largest in the world, “the owner of a rhinoceros”. He spends more than 150,000 pounds per month to security and the movement of animals from dangerous places, as well as on their content. Only at the ranch are already 1 500 rhinos! 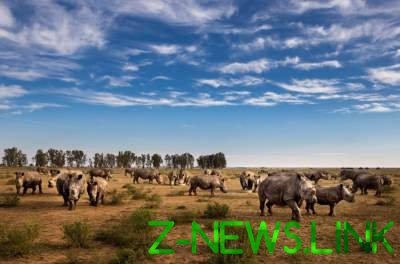 This is just the time of movement of a Rhino with a dangerous plot: 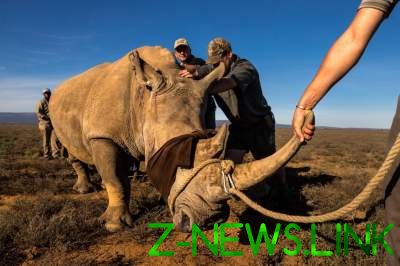 Horn of the Rhino have to be regularly cut, so they become uninteresting to poachers. Left only 110 mm, this length allows not to damage the tissue at the base of the horns. And so, the horn of the rhinoceros is usually growing and gaining weight at the rate of 1 kg/year.

That’s the horn part is cut off: 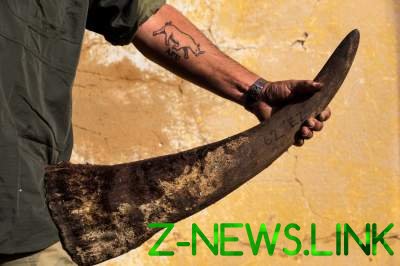 However, the rancher is also complicated. He actively promotes the idea of the legalization of international trade in rhinoceros horns, after all, he had already collected and hid more than five tons of horns. At current prices for the Asian market, this “collection” of about $ 40 million. Critics horn trade argue that legalizing the business will create loopholes that will increase the number of killings of rhinos. However, a powerful lobby in Namibia, South Africa and Swaziland continue to insist on the legalization of this activity. 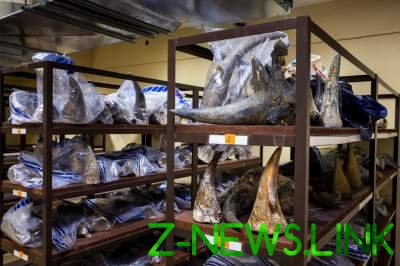 And the photographer visited the non-governmental organization “Care for wild Africa,” which specializiruetsya on taking care of wounded animals. Here is a lot of small nosological whose mothers fell at the hands of poachers.

This baby name is Lulu. She was found by Rangers in the moment when she was attacked by hyenas. They bit the little Rhino ears, nose piece and left severe bite to the right rear leg. But nothing, she’s fine. And is now safe. 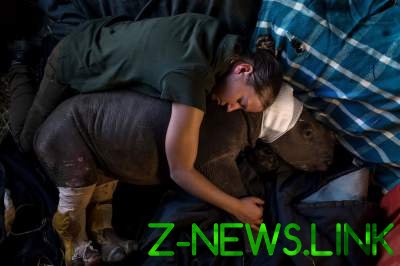