Home / WORLD / Ottman Azaitar: Unbeaten Moroccan star KICKED OUT of UFC on the eve of UFC 257 after BREAKING safety protocols on Fight Island

Ottman Azaitar: Unbeaten Moroccan star KICKED OUT of UFC on the eve of UFC 257 after BREAKING safety protocols on Fight Island 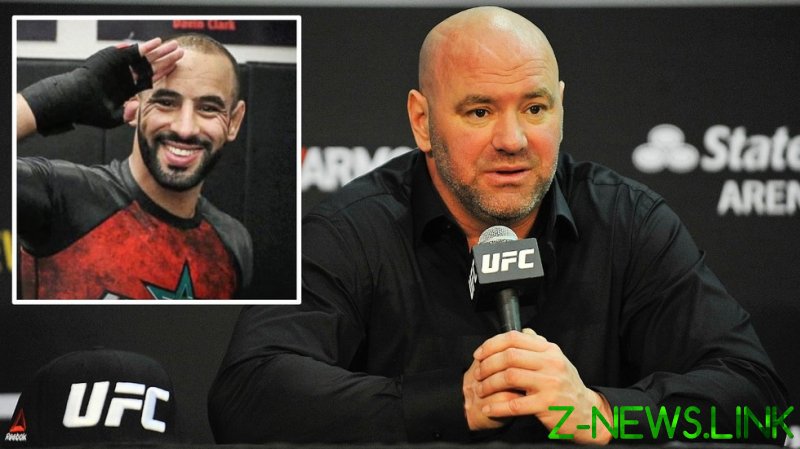 Suspicions were raised about Azaitar’s participation during the official weigh-ins, where it became apparent that he would not be weighing in for his scheduled fight with American Matt Frevola.

And a few hours after the weigh-ins had been completed, UFC president Dana White revealed to Abu Dhabi Sports reporter Farah Hannoun that the UFC had taken the decisive step of not just removing Azaitar from the fight card, but cutting him from the UFC roster altogether.

Hannoun explained the situation in a pair of tweets, as it became apparent that Azaitar’s indiscretion wasn’t just a routine weigh-in mishap.

“Dana White tells me that as a result of Ottman Azaitar violating the safety protocols, he has been cut from the UFC,” she began.

“White tells me Azaitar and his team cut their wristbands and handed them to others outside of the safe zone that snuck past the security members and everything was caught on camera.”

White gave more detail to BT Sport, saying “They gave their wristbands to people outside the bubble. A guy taped them, showed up here with a bag, went into a room and shimmied across four balconies and into Ottman’s room, dropped a bag off, changed his clothes and then left.”

Azaitar’s lax attitude to the safety zone on Fight Island has cost him dear, with the unbeaten Moroccan losing his career on the big stage.

His scheduled opponent, Frevola, will now take on Armen Tsarukyan after Tsarukyan’s opposite number, Nasrat Haqparast, was taken ill on weigh-in day.