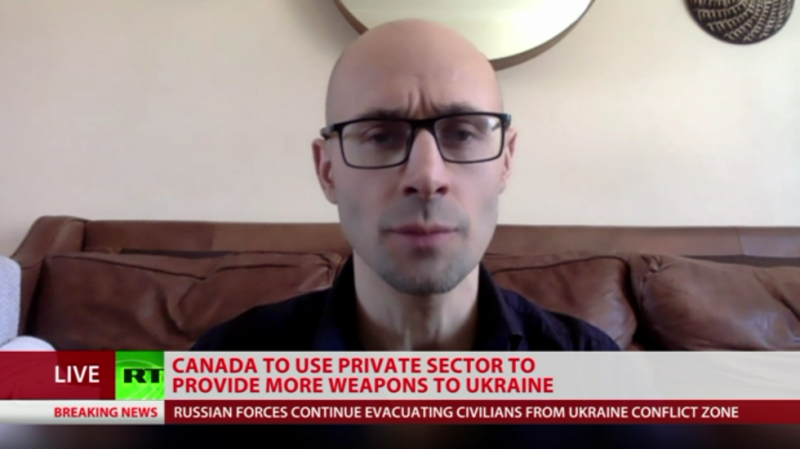 Author and activist Yves Engler, who recently confronted Canadian Foreign Minister Melanie Joly at a public event, has told RT that Ottawa only makes the Russia-Ukraine conflict worse by sending weapons to Kiev.

Engler interrupted Joly’s speech at the Montreal Council on Foreign Relations on Monday, accusing the minister of “escalating the war,” before he was escorted out. Joly has not commented publicly on the incident.

The author told RT that he is against Russia’s offensive. “But Canada was more aggressive in pushing NATO expansion in Eastern Europe in the 1990s even than the US government was,” he added. “Even amidst the growing tensions in January, Minister Joly doubled down, saying ‘yes, we think Ukraine should still be part of NATO.’”

Russia has consistently said that it viewed NATO’s eastward expansion as a threat. President Vladimir Putin listed Kiev’s aspirations to join the US-led military bloc as one of the reasons Moscow attacked the neighboring country on February 24.

Last fall, Moscow demanded that the US and NATO provide legally binding assurances that the bloc will not move closer to Russian borders. NATO replied that it will not drop its ‘open-door policy’, which means that anyone can apply for membership at any moment.

Engler believes that, by supplying weapons to Ukraine, the West has been “fueling the conflict,” rather than helping to resolve it. 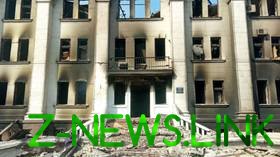 “The decision-makers in Ottawa and Washington very much view Ukraine as a proxy against Russia. They would like to see something equivalent to what happened in Afghanistan during the 1980s,” the author said. “What that would mean effectively is Canada, the US and others pumping in endless amounts of weapons until the last Ukrainian was willing to fight and die.”

NATO wants to “control security arrangements in Europe,” and is partly motivated by arms sales, Engler believes. He added that Canada has been “completely integrated” into Washington’s weapons exports thanks to defense production sharing deals.

Joly said on Monday that officials “have exhausted inventory from the Canadian Armed Forces,” and were studying “additional options” to send more weapons to Ukraine.

“We need to make sure Ukrainians win this war. Vladimir Putin cannot prevail,” the minister said the next day. “This is a question that is existential to the West and the world’s stability.”

Moscow attacked Ukraine following a seven-year standoff over Kiev’s failure to implement the terms of the Minsk agreements, and Russia’s eventual recognition of the Donbass republics in Donetsk and Lugansk. The German- and French-brokered protocols had been designed to regularize the status of those regions within the Ukrainian state.

Russia has now demanded that Ukraine officially declare itself a neutral country that will never join NATO. Kiev says the Russian offensive was completely unprovoked, denying claims it was planning to retake the two republics by force.