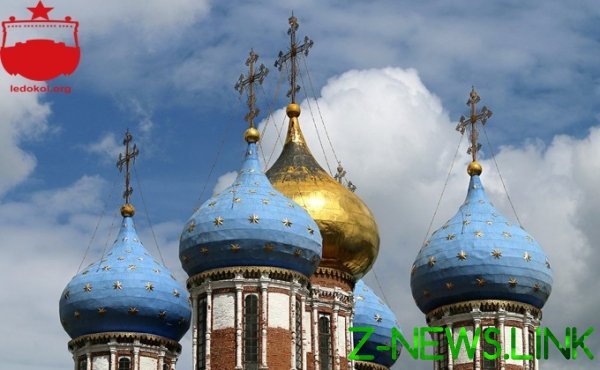 The head of the “Orthodox real estate” Tatyana Lagutina gaining employees.
The woman worked as a journalist, the head of administration in one of the villages of the Novosibirsk region, and then began to engage in transactions of purchase and sale. According to her, Agency workers, but professional, should have more moral qualities. “Simply put, try to apply in fact, the ten commandments, main of which are for realtors, probably, do not lie and thou shalt not steal”, — quotes Lagutina local newspaper “Native shores”. At the same time, customers can become representatives of all religions and even atheists.

In addition, she promised to consecrate the purchased apartment and to give to the Church “tithing on my income,” RBC Novosibirsk. “Orthodox marketing and market positioning. It certainly looks peculiar, but the commercial effect is likely. “Kosher” and “Halal” works all over the world, it was the turn of “Orthodox”. Nothing personal, just business”, — said the businessman Eugene Wilkin.
The reaction of the public, of course based on a materialist understanding of Economics and business. However, as you correctly note, Orthodoxy in all spheres is becoming fashionable. What is the reason?

See also:  The strongest hurricane ripped off the roofs of houses in Novosibirsk. Video

Vladimir Putin out of pocket paid for the creation of icons for the main temple of the Russian Armed forces, continuing the charitable tradition of Russian rulers have other news, but it captures the essence of what is happening. For today formed a religious basis for the Foundation of the government current
power. The comparison with the kings in the kit. Increasingly with TV screens declare the necessity of the transcendental experience, as required for a “normal” person. Person with a scientific approach to understanding reality, the stamp of a bloody infidel, not understanding the basics of the Russian people.
So, lining up two groups of people: right and wrong (often they are called in the German style of untermensch). The Agency created under the request of the type “people have the need to be Orthodox? Use the services lit the exploiters who have the mandate of God,” However, the Agency Tatyana Lagutina will serve atheists including. It remains a mystery, in which specific Fund will be tithing from the atheist, to a Church or a personal assistance Fund for Tatiana’s family Lagutina.
Of course it’s just marketing, but it is also a slap in the face of socialism. We began directly to speak, that the capitalist and petty bourgeoisie will assign the value added in their favor according to the Orthodox.
“People always have been and always will be foolish victims of deception and self-deception in politics until they will not learn behind any moral, religious, political, social phrases, statements, promises to search for interests of those or other classes”.(1 .)
Want to share an interesting news or article / story? Send messages, photos and videos on edition mail: [email protected], in our group “Vkontakte”, Facebook and “Classmates”, as well as in voice chat: https://discordapp.com/invite/xB2ygyz

See also:  In Zurich built apartment "house of the future"