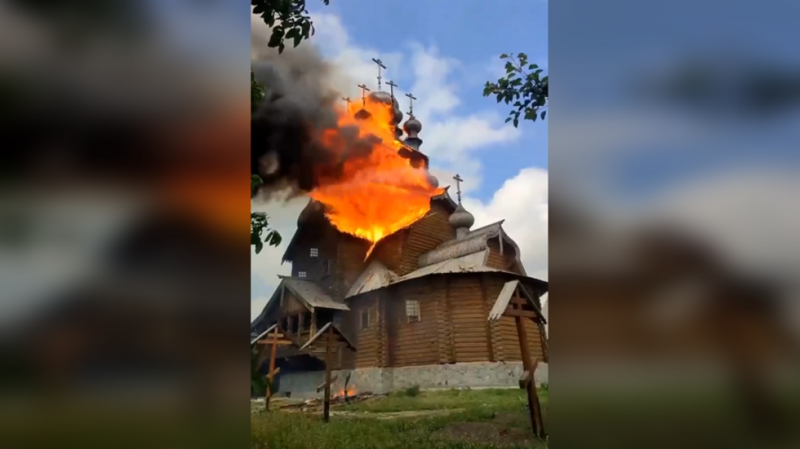 A major fire broke out at an Orthodox monastery located near the Donetsk People’s Republic (DPR) town of Svyatogorsk on Saturday. The town is controlled by the Ukrainian military and intense fighting has been reported from the area over the past few days.

Footage from the scene circulating shows the Skete of All Saints engulfed in flames. The sprawling wooden structure was constructed in the late 2000s at the site of the former All Saints Church, which had been destroyed during the Soviet era.

It was not immediately clear what caused the fire, but Moscow and Kiev have already pointed the finger at each other. A Ukrainian officer with the 95th Airborne Assault Brigade, Yuri Kochevenko, posted a picture of the burning skete on Facebook, branding the fire a “crime” committed by “Russian barbarians.”

The Russian military, however, pinned the blame for the blaze at the monastery on the Ukrainian troops. Before retreating from the site, Ukrainian nationalists and units with the 79th Airborne Assault Brigade deliberately fired incendiary rounds at the skete, the Russian Defense Ministry said in a statement, citing eyewitnesses. 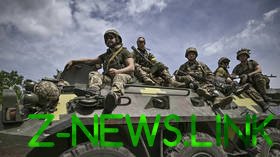 “The units of the Russian Armed Forces located north of Svyatogorsk are not conducting combat operations in this area and are not shelling the territory of the Svyatogorsk historical and architectural conservation area,” the ministry stressed.