Home / WORLD / One year into ‘15 days to flatten the curve’, why are we still tolerating authoritarian government clampdowns on our daily lives?

One year into ‘15 days to flatten the curve’, why are we still tolerating authoritarian government clampdowns on our daily lives? 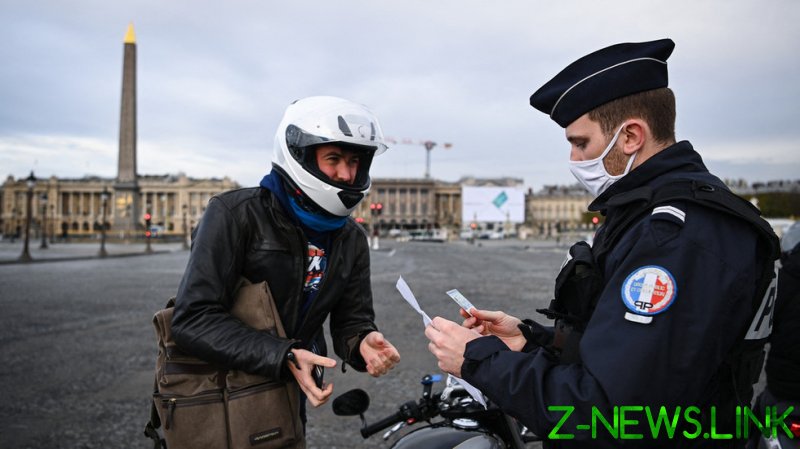 One year ago, at noon on Tuesday, March 17, France went into total lockdown for the first time. Until then, Covid-19 was something of which we were faintly aware – background noise in our daily lives that was mostly relegated to Wuhan, China. But we all had that one moment when we realized that it was about to hit home hard.

In my case, that instant came two days before the lockdown, when the local outdoor pool posted a sign on the door drastically reducing the total user capacity to just 100, right before closing entirely the following day. On March 16, French President Emmanuel Macron addressed the nation to announce what he described as temporary measures, to be implemented for at least 15 days. Only essential trips outside the home would be allowed. Period. Case closed. All in the interests of protecting the French healthcare system, the long-suffering victim of perennial government cutbacks, from being forced onto life-support as it tends to be nearly every year during flu season.

The government’s drastic actions successfully convinced many citizens at the outset of the lockdown that the coronavirus must be on par with the plague. Macron opened the first few paragraphs of his national address with the phrase, “We are at war.” Yet even the government didn’t really know what it was dealing with at that point or how to handle it. The fear mongering was, however, sufficient for people to panic and to accept whatever restrictions the authorities wanted to impose on them. “Stay home, save lives” and “15 days to flatten the curve” became the primary propaganda catchphrases.

Then emerged the now-infamous French self-authorization form, mocked around the world. (It wasn’t until the second lockdown or the first or second nightly curfew that more people realized that they could really just tick off anything that they wanted since there was no real way for the authorities to verify claims, and that, in practice, police weren’t too interested in policing people for the “crime” of simply being on the streets.)

The handiwork of government bureaucrats, the form aimed to fit each allowable activity in our daily lives into a neat little box. One box for an hour of exercise, once a day, within a 1km radius from the home. One for a grocery run. One for a doctor’s visit. Public transport was reduced to a trickle as everyone was ordered to work from home with the exception of a limited list of workers that the government defined as essential.

The term “essential worker” itself is offensive, particularly coming from government authorities whose income is a direct result of taxes imposed on the hard work of those it apparently considers unessential. The other irony is that when only the most essential workers as defined by the government were permitted by the state to do their jobs – the grocery store clerks, the maintenance workers and repairmen, the nurses and caregivers – it became clear how little their pay reflected their true value to society as defined by the government.

And anyone not responding by adopting the dominant narrative became a target of scorn – even entire nations, as was the case with Sweden, as it decided not to participate in the hysteria and to take more of a wait-and-see approach rather than to preemptively curtail people’s basic freedoms.

Only when this is all long over will we objectively be able to assess which national strategy worked best – and if the virus even gave a damn about any of the various machinations imposed by governments. Perhaps the measures just led to different paths that ultimately will end up in the same place in terms of deaths when all is said and done?

As we sat at home and the original two-week lockdown dragged on for the eventual two months here in France and elsewhere, our computers and TVs became our windows to the world: stories abounded about various countries – most notably the US – intercepting and stealing other nations’ protective equipment, in some cases by redirecting the plane carrying it right on the tarmac.

Globalist utopia went out the window and suddenly it was every country selfishly for itself. We’re now witnessing the same phenomenon with “me first” approaches to the vaccine supply. The European Commission president, for example, has complained of a US and UK vaccine export ban. It must’ve been a rude awakening for European leadership to learn that some countries will actually put their national interests first when push comes to shove.

And the entire past year should also have taught us average citizens the importance of maximizing our own personal independence and self-sufficiency, and of constantly pushing back on freedom-hijacking restrictions that have proven far too easy to take away and still have yet to return. Hey, maybe they’ll be back in yet another year.