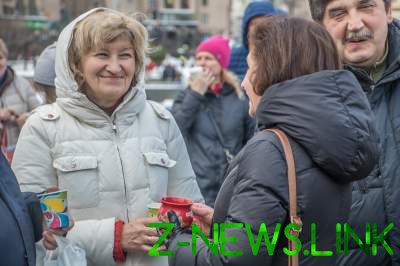 In Kiev on Khreschatyk street, about 300 people staged a rally against the weekly “marches of Saakashvili”.

The organizers brought in the candy and discussed the exploits of the President.

On 24 December at the independence square hosted “Coffee on Khreschatik”. It was positioned as a Pro. Its participants came with posters “Poroshenko is President of the universe”, “I’m the President. Peter is ours!”. The event was supported by Ukrainian military, Kiev, inhabitants of other cities of Ukraine and pensioners. People brought coffee, tea, cookies and candy company Roshen.

“We came to drink coffee without any provocation. And I support Poroshenko. I think he proved himself on the international stage. In the history of Ukraine the best patriot has not yet been, who would have been able to advance the interests of our country and gain the respect of many countries,” explained his coming to the rally from Kiev Elina.

Near supporters Poroshenko met those who believe that the current President it’s time to retire. Throughout the campaign they tried to enter into discussions with opponents.

“They came to support Poroshenko, who plunder the country. Came to tell everyone that we should not protest and we must support the President. We do not call for early elections or something, but this power to scare, control and hold all the time in fear of the people,” — commented military Igor Knyazhansky “Dushman”.

At this time, aside from the main action on the balcony of the shopping center “Globus” is located the “Nazarus”. They hung a huge banner with the inscription “Misha in Georgia, Pete in Gagauzia”. Later, between the member of the Azov battalion, and other military Advisor to the President Yury Biryukov clashed. No one was hurt. 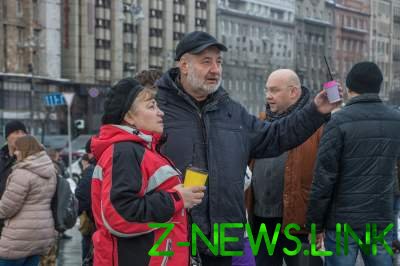 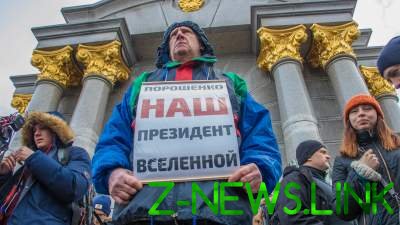 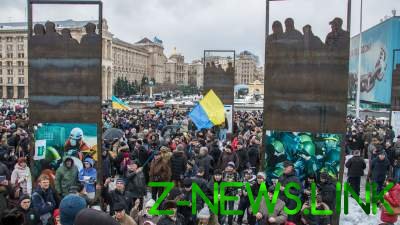 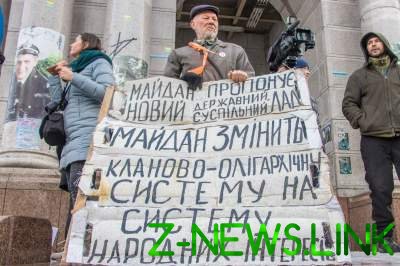 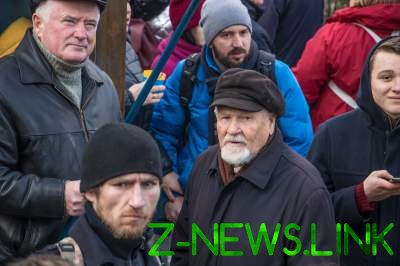 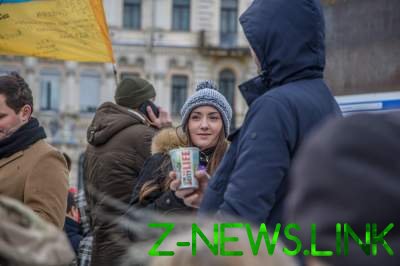 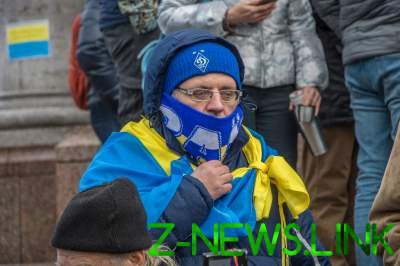 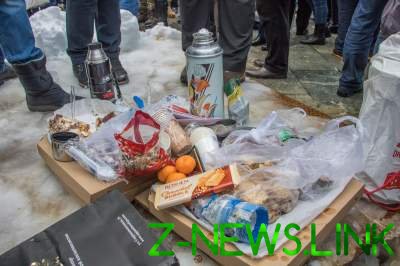 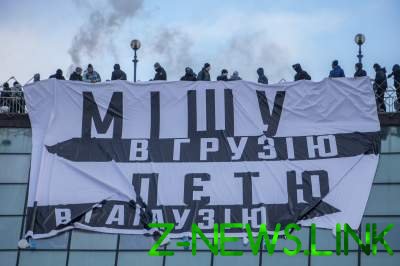 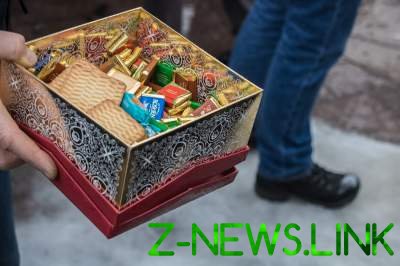