On the highway Zhitomir – Mogilyov-Podolsk on fire a passenger bus. Video 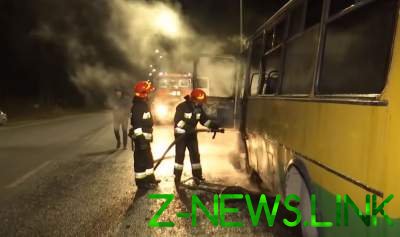 From the bottom of the bus began to “crumble” sparks.

Not far from Vinnitsa, on the highway Zhitomir – Mogilyov-Podolsk first began to smoke and caught on fire a passenger bus.

It is noted that the bus driver was not injured, so managed to stop in time and ran from the cabin.

See also:  There were shots of massive shelling positions of ATO fighters. Video

Firefighters called witnesses who were at the gas station located near the scene. They also helped in extinguishing the fire.

An eyewitness said that from the bottom of the bus began to “crumble” sparks.

“He drove a few meters and caught fire,” said the girl.