On Odeschina started the season cruises 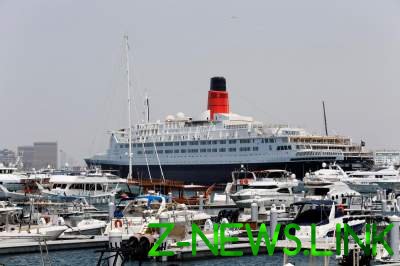 In the South of Odessa region started the cruise season. As reported in the press service of the state enterprise “Administration seaports of Ukraine”, 1 April sea port “Ust-Danube” took first in the new cruise season passenger ship.

The ship “Victoria” under the flag of Malta moored at the pier of the marine station of the city of Vilkovo, which is the administration of the port “Ust-Danube”.

“According to the Ust’ -Danube branch of the ASD, on Board of the ship – 140 tourists, who arrived in the Ukrainian Venice (the so-called Vilkovo) from Austria. This is the first of 40 calls of cruise ships, which are expected in 2019 in the sea port “Ust-Danube”, – have informed in a press-service.

It is noted that the increase in the number of passenger ships that the port “Ust-Danube”, is observed for the third consecutive year. In 2018, the port was visited by over 5 thousand cruise passengers.

Earlier, the head of ASD Raivis Veckagans said that he sees no need for the existence of branches of the administration in small ports, including – “Ust-Danube”. According to him, he is among the unprofitable, the goods go in large ports, and contain a special property in this economically unreasonable.

Therefore, it is planned to subdue the “Ust-Danube” of the administration of Izmail sea port. Also the possibility of transfer of port assets to private investors or to municipalities.

Sea commercial port “Ust-Danube” – state-owned enterprise, is located in the southern part of Zhebriyansky Bay of the Black sea, and is in contact with the Ochakov mouth of the Danube river. The port authority is located in the village of Vilkovo of Odessa region. The total area of the port area – 15 ha area is 60 ha. of Marine approach channel to the port has a length of 7 km and leads to the anchor anchorages for large vessels. Working depth is lost. Another connecting canal with a length of 1.5 km away from the bucket port to the sleeve a Lot.