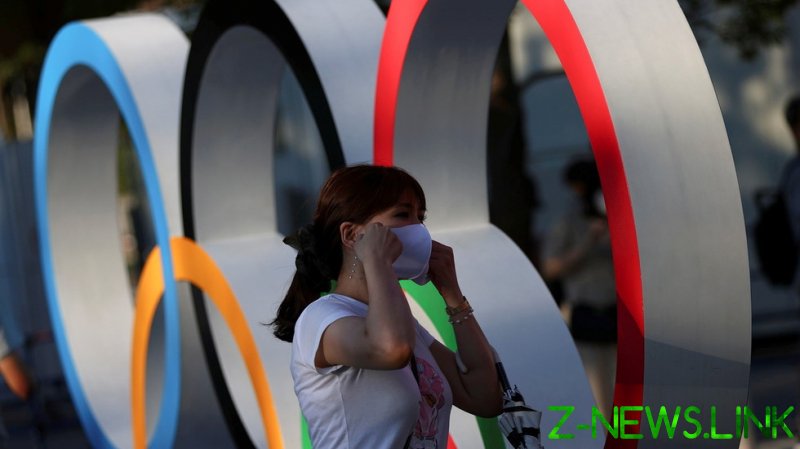 It’s the first time that daily infections in the country’s largest city surpassed the 4,000 mark since the start of the pandemic, which so far has recorded more than 214,000 confirmed coronavirus cases and almost 2,300 deaths.

Prime Minister Yoshihide Suga said that the recent spike in cases in Tokyo and across the country was largely caused by the more infectious Delta variant of the virus.

“With a heavy heart, I want to ask everyone: until we see the impact of more vaccinations, I want you all to stay vigilant and implement infection prevention measures to the full,” he pleaded, urging the people to watch the Olympics on TV at home, instead of gathering in groups.

Suga also expressed concern that the country could run out of hospital beds due to a large number of severe cases.

Japan has entered an “extremely frightening” stage of the pandemic as the numbers of infections kept rising despite no increase in the movement of people, health minister Norihisa Tamura pointed out.

On Friday, the government extended the states of emergency to three prefectures near Tokyo and to the western prefecture of Osaka, to contain the spread of Covid-19. The measures, which now cover around 37% of the population, are going to stay in force at least until the end of August.

Earlier this week, Suga insisted that the Olympics, which Tokyo will host until August 8, had nothing to with the deteriorating epidemiological situation. The Games were initially scheduled to be held in 2020, but ended up being postponed for a year due to the pandemic.

Spectators aren’t allowed into the stands during the competition, with the athletes and their coaches, most of whom are vaccinated, being accommodated inside the so-called “Olympic bubble.” They are forbidden from leaving the Olympic village and are regularly tested for the disease.

Those rules are being strictly followed, with the organizers saying on Saturday that a “Games-related person or people” have had their accreditation revoked for going sightseeing. It’s the first such incident since the start of the Games.

As of Friday, 220 Games-related individuals have tested positive for the coronavirus, including some of the athletes, who consequently have seen their Olympic dreams crushed.