The Olympic champion of the Olympic games-2008 in Beijing in the high jump Andrew Silnowo, now occupying the post of first Vice-President of the all-Russian athletics Federation (vfla), have any questions from anti-doping authorities.

According to the TV channel “Match TV”, the suspicion against the champion caused by new data at the disposal of the world anti-doping Agency (WADA). In this regard, the status of SIL’nova currently unknown.

He later sports officials acknowledged in an interview with TASS that he received an email notification from an independent body to monitor compliance with anti-doping rules of the Athletics Integrity Unit (AIU), established at the initiative of the International Association of athletics federations (IAAF). Further specifics former athlete declined.

“I received a notice from AIU, is currently studying the documents, can’t comment, the matter is confidential,” said Silnov.

The Agency “R-Sport” has addressed for comments in the all-Russian athletics Federation, which asked not to inflate the scandal.

“This is the personal data of each athlete that comes to their mail. Not ready to say that Silnowo came up any claims or accusations. Not possess information that data, it is confidential. It is better to ask the SIL’nova, it’s his personal things. Now all this blow… only Know two sides: those who he is sent, and if sent, and he Silnov”, – said the President of the club Dmitry shlyahtin.

See also:  Srna is the most useful player of the championship of Ukraine

Silnov may lose the position of the club

The question of the temporary suspension of operations Andrew SIL’nova on a post of the first Vice President of the Russian athletics Federation in connection with the fact of a possible violation of anti-doping rules will be considered by the Federation on 14 June, reported on the official website vfla.

About the decision to be announced.

“The position of first Vice-President is elective and is performed on a voluntary basis. Andrew Silnov was elected first Vice President of the Russian athletics Federation on 9 December 2016 at the conference wfla”, – stated in the message. 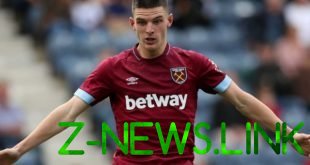