Old Moscow tram will give Vladivostok 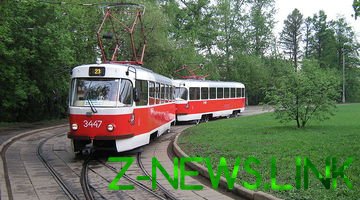 According to the head of Vladivostok Oleg Gumenyuk, the capital of the Far East from Moscow will transport several trams. A gift to the city made by the mayor of Moscow Sergey Sobyanin. It is noted that the tram is not particularly old and underwent a major overhaul, so the problems with them should arise.

The fact that before such gifts Moscow regions led to the scandals. Thus, the transport of the eagle, which received last year the old Moscow trams and trolleybuses, was shocked: all of them required serious repair, part of the machine generally could not be restored. The money for the Metropolitan disposal of junk in eagle no.

“The trams 2005-2007, – quotes the words of Oleg Gumenyuk RIA “East Media”. They are after a major overhaul. And 15 years they repair will not need. Now decide how they can be delivered to Vladivostok. Will give them to us on a Pro Bono basis.”