Home / WORLD / Oh, look, he’s not dead, again! But Kim Jong-un’s apology for the death of a South Korean is the real surprise of 2020

Oh, look, he’s not dead, again! But Kim Jong-un’s apology for the death of a South Korean is the real surprise of 2020 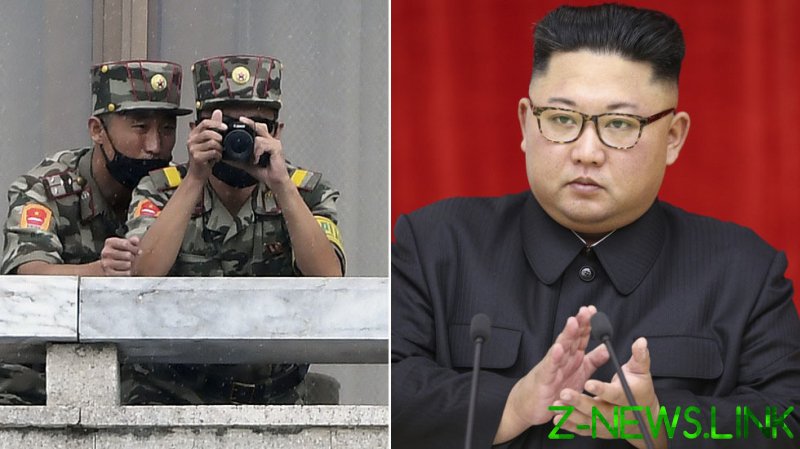 North Korea, an already secretive and isolated country, has responded to the Covid-19 pandemic by sealing itself off from the world even further, instituting tight border controls. It’s therefore difficult to know how they are coping with things.

Yet in the midst of the silence, some equally unpleasant news emerged this week. It was reported that a South Korean fisheries official had crossed into the North’s territory by boat. Soldiers responded by capturing him, shooting him and burning his body with oil. Understandably, the abrupt news of the ugly killing provoked disgust and outrage in Seoul, and was a massive slap in the face to a pro-peace administration which has been tolerant towards Pyongyang. Only days before the incident, South Korean leader Moon Jae-in had called for a formal end to the Korean War. Who wouldn’t be mad at this turn of events?

Yet the unfortunate news was met with an equally unusual response on North Korea’s part. Its supreme leader, Kim Jong-un, swiftly issued an official apology to the South, saying the killing was a “disgraceful affair” and that he was “very sorry” for the incident and for “disappointing” his neighbour.

Out of all the things they have done and been accused of over the years, it is unprecedented for Pyongyang, not least its leader, to come out and acknowledge wrongdoing and apologize.

Why? North Korea is a country known for playing an extreme level of ‘hardball’ against its opponents and weaponizing what is widely described by scholars as a ruthless politics of ‘survival’ on the international stage. Although the country is often assumed to be irrational and unrestrained, it is better understood as a hardline Machiavellian entity. It is not afraid to upset; it is not afraid to provoke or do things which shock, disgust and surprise the outside world, in the pursuit of its own survival and in sustaining its political independence.

Therefore, on this level of expectations, for Kim Jong-un to come out and effectively say, “we did something wrong” and “we’re sorry” is the biggest twist and surprise of 2020, rather than the tedious and repetitive and frequent fake news stories that falsely state he is dead.

But what exactly is going on? Why did this happen? And why is Kim now trying to calm the situation with Seoul? Just four months ago, they abruptly detonated an inter-Korean peace office which the South paid for and built.

To first answer this, we need to analyse the situation to understand that as much as the leaders are the centre of the country, not every human decision or development in North Korea is attributable to them. The system is hierarchical, but like any communist state, there are multiple levels of bureaucracy and officials, who are all real people, not brainwashed robots, who have their own interests and human judgement. On certain matters, they can make decisions and mistakes, too.

Secondly, North Korea is in a desperate situation. Although this killing cannot be justified, the country is abjectly terrified of Covid-19, primarily because with a weak economy and under crippling sanctions, it does not have the resources or capabilities to deal with a potential outbreak.

From the beginning, their strategy has relied on one premise – to keep the virus out of the country at all costs, even if it requires resorting to unpleasant measures. This policy puts immense pressure on border officials and guards. If you allow the virus to enter the country, in North Korean terms, you are done.

This means that when the South Korean official crossed the border (for reasons that are not clear) it is likely those who encountered him panicked, feared he might be carrying the virus, and resorted to a brutal solution. However, the action taken was so serious and grave that it had an immediate consequence on North Korea’s diplomacy with South Korea.

While the DPRK often appears unrestrained and chaotic, it nevertheless calculates with careful prudence the merits and strategy behind every diplomatic decision it takes. Kim Jong-un has shown discontent to South Korea as of late, but it is one which is carefully managed to his liking, especially because it would be a mistake to alienate and discredit Moon Jae-in, a pro-peace, pro-reconciliation leader in the Blue House.

Therefore, as this killing was not a top-down order, but a grim outcome with severe consequences, Kim Jong-un has intervened and offered something his country rarely provides – an apology. Thus, in what has been an absolutely horrendous year for the whole world, this might well be one of the biggest and most surprising twists so far. After a tragic loss of life in a border incident, North Korea admits it was wrong. Now that is far more astonishing than the ‘Kim is dead’ diatribe.