Home / WORLD / Official review exposes how US reconstruction of Afghanistan was built on death, fraud and lies

Official review exposes how US reconstruction of Afghanistan was built on death, fraud and lies 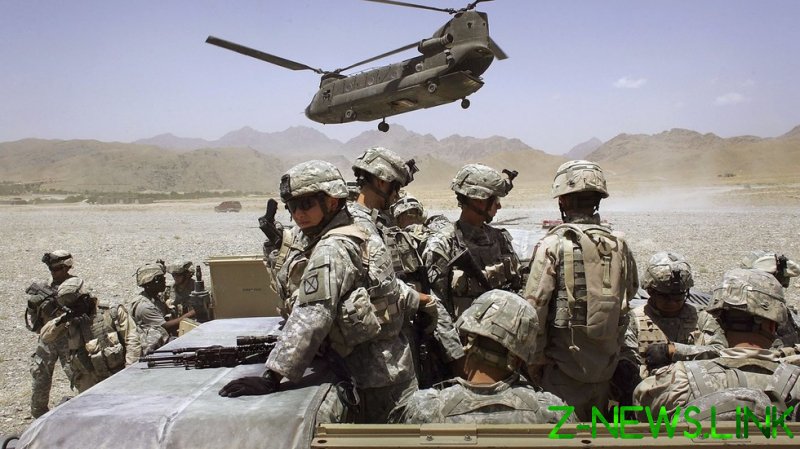 The Special Inspector General for Afghanistan Reconstruction has issued a withering review of American reconstruction efforts in Afghanistan, outlining several “lessons learned” from the calamity.

In all, Washington spent two decades and $145 billion attempting to westernize the country, while struggling to maintain a corrupt, unpopular and illegitimate government in power, and battling an ongoing insurgency against the Taliban and a constellation of armed militias. The report pulls absolutely no punches, finding that almost every US-bankrolled project in Afghanistan was subject to industrial scale grift, delivered wildly over budget, failed in its objectives, and strengthened the Taliban. In far too many cases, these efforts led to people being killed.

References to corruption run rampant throughout – yet, somewhat unbelievably, Washington was said to have “initially failed to recognize the existential threat that corruption posed to the reconstruction effort.” Planners reportedly assumed fraud could only ever be the “deviant criminal behavior of individual Afghan officials,” and concluded that extensive use of contractors would ensure reconstruction endeavors remained above board and on budget.

In reality, this reliance precipitated a veritable feeding frenzy of “virtually unchecked” waste and fraud, enabled in part by an almost total lack of oversight over how funds were spent. Numerous examples of rank incompetence on the part of contractors are also documented – a military compound constructed for $2.4 million being completely unusable as it was carelessly built outside the security perimeter of the base for which it was commissioned is perhaps the most farcical.

In another instance, bogus humanitarian agency USAID awarded a contract for the design and construction of two vast new hospitals, at a combined cost of $18.5 million, without consulting local officials, or considering whether the government could actually foot the annual operating and maintenance bills, which would be up to six times that of the hospitals they replaced. By the time the Afghan Ministry of Public Health learned of the project, construction had been ongoing for a year.

Despite such embarrassments, the dollars kept flowing in ever-greater volumes over the years. As it was the easiest thing to monitor, funds being spent on programs “perversely” became “the most important measure of success,” and the best, if not only, way of demonstrating to an increasingly skeptical US Congress, and the American public, that reconstruction wasn’t a total failure.

With a combination of “overoptimism, an institutional drive to produce good news stories, and the imperative to show progress in time to serve the ends of various political timetables,” producing a situation in which Washington was spending money “faster than it could be accounted for,” the primary goal of reconstruction became “producing good news…as quickly as possible,” and there was “little appetite for honest assessments of what worked and what did not.”

In turn, this created an incentive structure that greatly encouraged officials not to report abuse or fraud, while contractors benefiting from the gravy train were likewise unwilling to speak up about problems. Complicating the issue further, USAID officials were frequently “bulldozed” by the military into implementing projects in places “far too dangerous for them to have a stabilizing effect.”

In these cases, USAID depended on contractors, who could visit locations too risky for US government employees to tread. This meant, though, that monitoring a project’s implementation was extremely difficult, with the agency’s staff “sometimes unable to establish with confidence even the most basic information.” On occasion, what could be verified was in fact bogus – the review records how a Kandahar-based business would for a fee provide contractors with generic photographs of completed projects, replete with fake geotags, to defraud USAID.

Over and over again, US officials completely misjudged whether particular initiatives would be remotely appropriate for the Afghan context. For instance, between 2003 and 2015, Washington spent over $1 billion on rule of law operations in the country, with around 90% invested in developing a formal, Western-style legal system.

The set-up was, however, alien to most Afghans, who favored “informal, community-level traditional dispute resolution mechanisms,” and believed the new system to be impractical and ineffective. In turn, the Taliban created a parallel structure along traditional lines, providing citizens with “a semblance of security and justice.” Their role in maintaining and managing this in turn “generated at least a modicum of legitimacy for the group” among locals, and reinforced the notion they were a credible governance actor.

Other security drives were similarly counter-productive. In 2000, the Taliban collaborated with the United Nations to eradicate opium production in Afghanistan, resulting in one of the most successful anti-drug campaigns in history, with a 99% reduction in poppy farming in areas controlled by the group, which had accounted for roughly three-quarters of the world’s supply of heroin. The US invasion ended this, and despite spending $9 billion on counternarcotics efforts since 2002, the cultivation of opium in Afghanistan has trended upward ever since.

The explosion of the opium trade funded the Taliban insurgency, meaning poppy fields were heavily defended, and many security services operatives, civilians, US Drug Enforcement Administration agents, and contractors were killed or severely wounded on counternarcotics missions. Even successful incursions were “often only possible under the protection of significant coalition and Afghan security forces,” who couldn’t stay indefinitely in target areas as a deterrent. As a result, these wins were “temporary and unsustainable,” and became ever-shorter lived as coalition forces began to retreat.

Then again, Afghan security forces were typically ill-equipped to deal with any serious security issue. After levels of insurgent violence “skyrocketed” in 2006, Washington attempted to fill the ranks of the Afghan army as quickly as possible, and duly reduced training to just 10 weeks.

This produced a largely inexperienced and unqualified military, with a huge level of turnover – by 2020, the need to replace roughly a quarter of the force each and every year was considered ‘normal’. Untold numbers of Afghan soldiers moreover went AWOL over the years, including hundreds who were being trained in the US.

Poor training likewise hampered development of the Afghan National Police, resulting in the force being “largely unaware of their responsibilities and defendants’ rights under the law,” and “routinely [engaging] in torture and abuse,” destroying their credibility with the public. Meanwhile, recruits for the Afghan Local Police, informal militias charged with keeping the peace in conflict-scarred areas that have likewise been accused of human rights violations, were often Taliban fighters, who’d been allowed to keep their weapons and join if they agreed to stop undermining the government.

This dire security situation only enriched militia groups, as private security firms paid to protect US government officials and projects resorted to spending a “substantial” portion of their budgets on bribing insurgents to “refrain from attacking convoys and project sites” – making them “in effect unofficial subcontractors” to Washington.

US government funds also reached the pockets of violent extremists “through a web of corruption that encompassed Afghan officials, drug traffickers, transnational criminals, and insurgent and terrorist groups.” However, “prosecuting these officials, or even removing them from office, proved extremely difficult,” since it would entail “dismantling major pillars of support for the government itself,” including its electoral institutions, in the process severely undermining its public legitimacy.

“When you look at how much we spent and what we got for it, it’s mind boggling,” a senior Department of Defense official is quoted as saying – and it’s just as mind boggling that the report makes repeated reference to “future reconstruction missions elsewhere around the world.”

Clearly, the most obvious lesson of the review – that never again should the US undertake nation building efforts in far-flung states its imperial interventions and meddling have comprehensively destroyed, of which its leaders know nothing – doesn’t feature on the syllabus. Citizens of countries the world over, particularly those living under US-mandated ‘enemy’ regimes, are surely desperately hoping they’re not next in the reconstruction firing line.