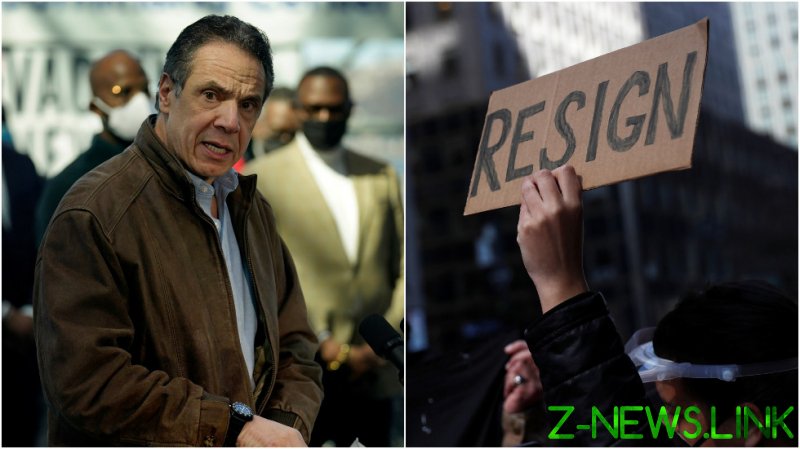 “The reports of accusations concerning the governor are serious. The committee will have the authority to interview witnesses, subpoena documents and evaluate evidence, as is allowed by the New York State Constitution,” Heastie said in a statement. “I have the utmost faith that Assemblymember Lavine and the members of the committee will conduct an expeditious, full and thorough investigation.”

The move comes as New York Attorney General Letitia James pursues a separate investigation into the ever-growing series of harassment allegations, which now include six women who say the governor made inappropriate comments or unwanted sexual advances toward them. Unlike the Assembly investigation, the AG’s probe will not touch on the nursing home scandal, in which Cuomo’s office is accused of covering up coronavirus deaths in long-term care facilities, however Heastie said his inquiry will not interfere with James’.

While the investigation does not mark the beginning of formal impeachment proceedings, it is a step in that direction, as the probe’s findings could eventually be used to bolster a legal case for Cuomo’s removal from office.

In an open letter published earlier on Thursday, 59 New York Democrats and 20 Republicans demanded the governor’s immediate resignation, insisting he had “lost the confidence of the public and the state legislature.” While Senate Majority Leader Andrea Stewart-Cousins did not sign the letter, she also urged Cuomo to step down last Sunday. At least 118 of New York’s 213 legislators have now voiced the same stance, prompting Heastie to meet with lawmakers on Thursday afternoon. He announced the new probe soon after.

While Cuomo previously stated he would seek a fourth term as governor, he refused to say whether he still intended to do so during a press conference earlier this week. He has rejected calls for his resignation as “anti-democratic,” despite the widespread bipartisan support for the move. The governor has also addressed some of the sexual misconduct charges, acknowledging that his “playful” comments may have been “misinterpreted as an unwanted flirtation,” though he vocally denied that he ever grouped or touched any woman inappropriately.

Similar to the impeachment process on the national level, under New York law the state house can launch the proceedings by a simple majority vote. If approved, the resolution would then be sent to the New York Senate for a trial. However, because their offices are in the line of succession for governor, both Stewart-Cousins and Lieutenant Governor Kathy Hochul would be barred from taking part in the process.