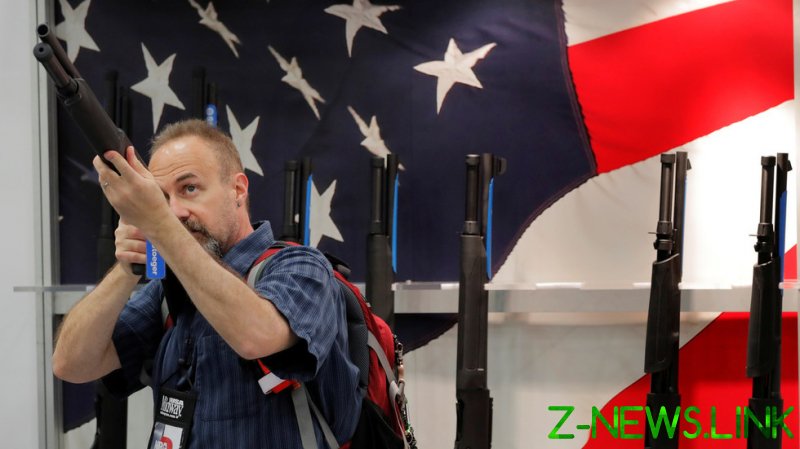 The powerful gun lobby said that it made a “difficult decision” to cancel the show after seeing the “relevant” Covid-19 data for the area, as well as consulting sponsors, exhibitors and medical professionals.

“The NRA’s top priority is ensuring the health and well-being of our members, staff, sponsors, and supporters,” the group said on Tuesday, adding that it hopes to return to Houston to host its next annual meeting.

While the NRA has faulted the ongoing Covid crisis for preventing the gathering, the Daily Beast reported that the decision was spurred by the refusal of several major arms manufacturers to show up at the exhibition widely regarded at the industry’s must-attend event. The outlet claimed last week that such household industry names as Browning, Smith & Wesson, Benelli USA, FN Herstal, Kimber Manufacturing, Savage Arms, Sig Sauer, Vista Outdoor, Sturm, Ruger & Company and Springfield Armory either notified the NRA that they wouldn’t turn up at the event or aborted their travel plans.

In explaining their decision not to attend, the companies reportedly said that a spike in coronavirus cases among employees forced them to impose stricter Covid measures, such as moving to remote work and introducing mask mandates. Some of the manufacturers were reportedly in limbo, expecting the NRA to call off the meeting itself.

None of the companies, however, aired their supposed grievances publicly. The NRA has not commented on the report either.

The now-canceled meeting was originally scheduled to take place in May, but was later postponed to September 3-5 due to “uncertainties around Covid-19 restrictions.” The event was expected to feature some 850 exhibitors, and attract a crowd of around 70,000 people.

The cancellation of the event, which had been much anticipated by gun lovers, has spawned a torrent of mockery on Twitter, with liberals declaring open season on the powerful gun-rights lobby, frequently accused of driving an epidemic of gun violence by vehemently protesting against any attempts to restrict Americans’ Second Amendment rights.

Some proponents of gun control, however, hailed the group for putting “the health and safety of their members, staff, sponsors and supporters first.”

On Tuesday, Hidalgo announced that the number of daily vaccinations in Texas’ most-populous county had increased six-fold in a week after the county began offering $100 rewards to incentivize the jab. Harris County is currently under a “Level 1 threat” – meaning there is a “severe and uncontrolled level of Covid-19” – with residents urged to stay home unless fully vaccinated.