‘Not tough enough’? Le Pen put in surprise position of DEFENDING Islam as Macron’s interior minister attacks from the right 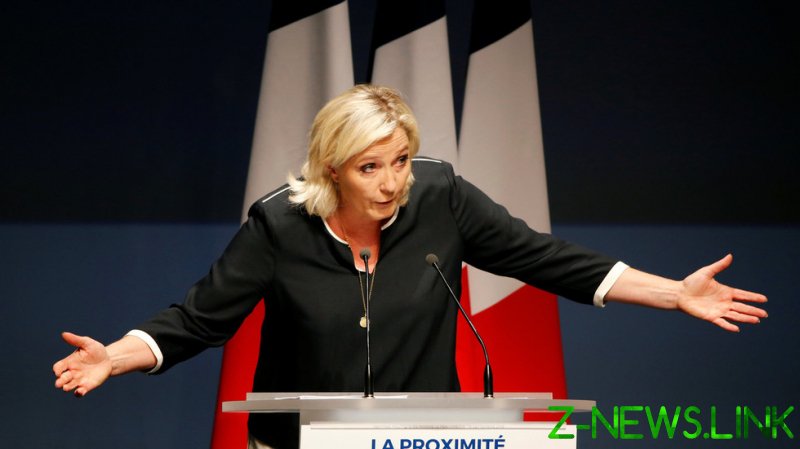 Gerald Darmanin, Minister of the Interior for the ruling Republique En Marche party, slammed Le Pen as having gone “a little soft” on the issue of Islam in France as the pair debated on Thursday on the France 2 channel.

“You’re not tough enough here,” Darmanin told Le Pen. “If I understand you right, you’re prepared to not even legislate on religion, and you say that Islam is not even a problem” but rather “ideology, the Salafists, the Muslim Brotherhood,” and so on, he argued, suggesting the right-wing candidate had gone soft since the last election.

Appearing visibly shocked at being attacked from the right, Le Pen responded that Islam was “a religion like any other” and that she had no plans of hamstringing its practitioners with punitive regulations. “I can confirm that I don’t intend to attack Islam,” she retorted.

Because I am strongly attached to our French values, I want to conserve total freedom of religion.

Le Pen slammed Macron’s government for “limiting everyone’s freedom to try to modify the freedoms of a few Islamists,” taking a swipe at the administration’s anti-“separatism” measures, which include a threatened ban on homeschooling that has been decried as excessively broad and intrusive.

The French government has struggled to deal with a surge in Islamic extremism over the last few months manifesting in a spate of horrific attacks, including the beheading of high school teacher Samuel Paty, who allegedly showed a cartoon of the Prophet Mohammed to his class. The fallout from the violence has seen as many as half of French secondary school teachers consciously censor their lessons so as to avoid upsetting Muslim students (and presumably meeting a similar fate as Paty).

While Macron has attempted to appear bold and decisive in response, shutting down certain mosques deemed extremist and condemning Islamic extremism, his critics have argued he is merely pushing the problem out of sight, where it will become even more dangerous.

Le Pen and her party have long opposed the EU’s open-door policy on immigration, calling for referendums on several related topics in what she has called a bid to reclaim control of France’s borders. Le Pen, who is running against Macron again in next year’s election, had a slight lead over the incumbent president as of January 28, according to Politico, which had her at 26 percent and Macron at 24 percent.