Home / WORLD / ‘Not my first trip’: Kamala Harris snaps at press during border appearance after reporter asks why visit took so long

‘Not my first trip’: Kamala Harris snaps at press during border appearance after reporter asks why visit took so long 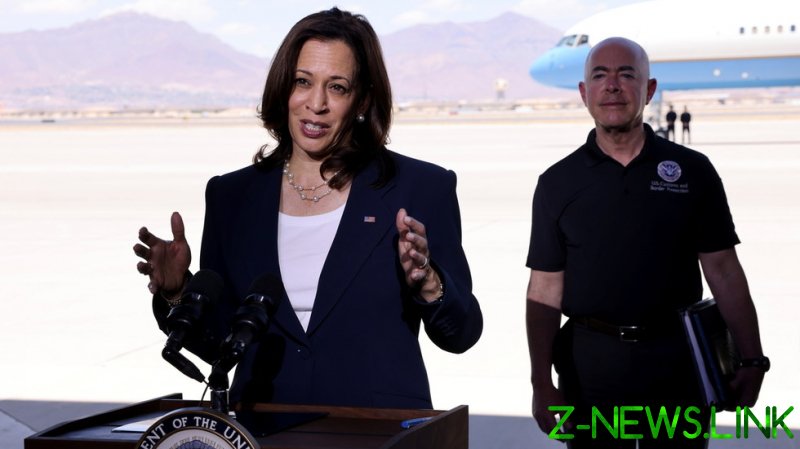 Speaking to the press after arriving in El Paso, Texas days after her visit had been announced, Harris was asked by Fox News’ Peter Doocy why now was the right time to make the trip, after months of both Democrats and Republicans calling for it.

“It’s not my first trip, I’ve been to the border many times,” the vice president shot back, presumably referring to trips she had previously made as a senator.

Harris’ trip came more than 90 days after she had been put in charge of the current migration crisis, which only grew worse in the initial months of the Biden administration.

Harris claimed a trip to the border was “always the plan,” but critics dismissed her comments and accused the VP of lying about her motivations.

Harris’ visit was announced earlier this week and set for only days before former President Donald Trump was scheduled to visit the border with a group of Republican lawmakers. Trump and others have accused Harris of putting the trip together last-minute in response to the former president.

Harris had previously pushed back against questions about a potential border visit, sparking criticism when she defended her lack of a trip earlier this month by saying she also hasn’t visited Europe as vice president. At the time, Harris said she would visit the border, but gave no definite time frame.

Despite spiking migration numbers and reports about holding centers being overcrowded, Harris said at the end of her trip that “progress” had been made in the first months of the Biden administration, and blamed the “tough situation” on Trump and his policies.