Home / WORLD / Northern Ireland’s unrest is NOT just about Brexit – and unless its deep roots are addressed, the Troubles of the past may return

Northern Ireland’s unrest is NOT just about Brexit – and unless its deep roots are addressed, the Troubles of the past may return 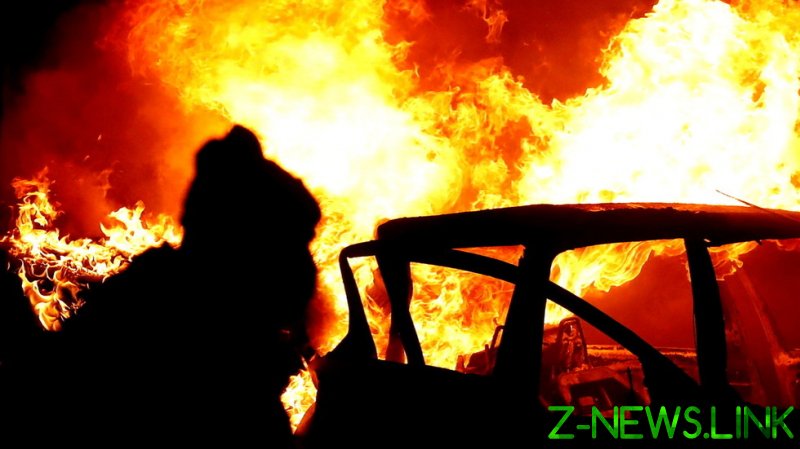 These protests have not suddenly appeared out of nowhere, but neither are they all about Brexit and the Northern Ireland Protocol. They are the culmination of a complex mix of change and a deep-rooted resistance to it, and an ingrained political and social inertia particular to this place. It’s true that some things in Northern Ireland have changed enormously for the better on a day-to-day basis since the signing of the Good Friday Agreement in 1998, but look behind that surface improvement and quickly you will see evidence that other things have not changed that much at all. Meanwhile, our politics has atrophied as it has polarised in the intervening decades.

Today’s two main parties, the Democratic Unionists and Sinn Féin, had been more peripheral entities, on the edge of their respective communities, for much of the so-called ‘Troubles’ of the late 1960s to the late 90s, only to take centre stage in the wake of the Agreement. There have been some recent shifts in that centre ground, with the rise of the Green Party and the rehabilitation of the Alliance Party making the political middle more diversified than a sectarian binary reading of ‘us’ and ‘them’uns’ might suggest.

The point remains, however, that there are huge social issues here that are not being addressed by politicians: 120,000 children are living in poverty in Northern Ireland and more than 40,000 people are on the social housing waiting list – a rise of 10% in the past year. Between 1998 and 2014, more people died by suicide in Northern Ireland than were killed during the Troubles (and of those there were 3,600), and that devastating statistic keeps growing. An endemic lack of social and economic opportunity has been added to the load carried by a new generation, who are the children of the children of the Troubles.

Could things spiral backwards? Yes, if there is a continued absence of political leadership willing to take the forward steps needed to stabilise a volatile situation. Northern Ireland has never needed better political leadership than it does right now. It also needs the UK and Irish governments to accept and adhere to their responsibilities as set out in the Agreement, because the Agreement is the roadmap to resolve Northern Ireland’s status as we move away from violence and toward peace. For the Agreement to have been overwhelmingly supported across all of this island (71% in Northern Ireland, 94% in the Republic of Ireland) was a remarkable feat. Stagnation politics since then has nurtured complacency about exactly what was achieved in 1998. Peace is an extraordinarily brittle entity. Democracy is a daily commitment to hearing and addressing the issues in front of us as they arise. It needs constant vigilance and it needs tolerance. It doesn’t always produce the desired result, so it also requires compromise. But in terms of the problems that face us, we already have the solution in our hands: we worked it out after decades of pain and loss, but we still need to implement all the Agreement’s commitments.

Looking back to 1998, so much has changed. As shown by the 2017 Stormont elections, demographic movements produced a changed reality: no longer did Unionist parties hold a majority in Northern Ireland. However, political inertia prefers a vacuum, so a routine of collapsed political institutions has meant that progress toward an equable and lived peace has stalled. Brexit has had a part to play, but only a part. In Northern Ireland, 56% of the electorate voted to remain in the EU. Perhaps it will be more what happens in Scotland’s immediate future that will determine the fate of the Union than what happens here. Brexit and the willed political contortions it has required from some political parties was always going to be a stress test for how Northern Ireland moves forward. That said, there’s no one on this planet more like a Northern Irish Catholic than a Northern Irish Protestant, and vice versa. Some people here hate to accept that, but the Agreement allowed us to accept that basic truth. And to accept each other’s allegiances to be Irish, or British, or both, or neither. The benefits for everyone who was born here or lives here are written into the Agreement.

Since 1998, the two communities’ narrative has been revisited: we are either multiple communities (Irish, British, neither; Catholic, Protestant, neither; black, white, Asian, Polish, Romanian, etc; gay, trans, straight…) or, in our diversities, we are just one, like anywhere else. Our politicians cannot continue to look away from the realities that plague us all, nor from the opportunities that are in our hands. Often, growing up here in the 1970s and 1980s, a solution never seemed possible. But it was. And it was and remains founded on the fact that ‘them’uns’ are actually us. In 1998, the Northern Irish people accepted a route forward. Politicians of all hues in the Irish and UK governments must now deliver what the Agreement set out: a future based on parity of esteem and on consent. It set out the terms for the inevitable constitutional change that is coming – this is all part of a complex but changing reality here. Northern Ireland doesn’t want to be taken back to its past. That past was a failure. And reheating its politics now is an absolute failure of leadership. There can be no future that is subsumed by the divisions of our past. We have seen a better time, but not all of us have lived it yet.

Northern Ireland needs leaders who accept the complexities at play in this new reality: our grave social deprivation and economic disadvantages; our shared peripheral status for decades; and the political inertia that defines our situation. All of this means economic and social problems are not being addressed, which, in turn, plays into the hands of criminal and gang elements happy to keep communities at the mercy of irresponsible and divisive forces who, I’m afraid, haven’t gone away.

April 18 marks the second anniversary of the journalist Lyra McKee’s death in Derry. Along with countless others, I stood at vigils in her honour at venues across Northern Ireland. Were it not for the pandemic and social restrictions, we would gather publicly again to oppose the mess that is being made of our lives. We have a shared solution. We made it in 1998. We voted for it in massive numbers. We don’t need to reinvent this wheel – we just need to grasp it again to steer us through all of this. Because, if we don’t, we really will be back in deep and dark trouble.