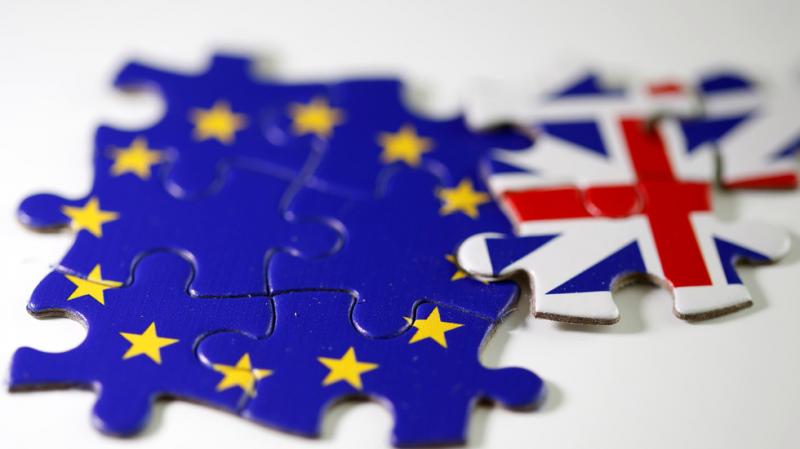 For many within the UK, Brexit is done and dusted. This is not the case for Northern Ireland, where the issue remains at the forefront of public and political debate. The topic under discussion is the Northern Ireland Protocol, which British PM Boris Johnson signed as part of the EU Withdrawal Agreement in October 2019.

The controversial protocol seeks to prevent a hard border between Northern Ireland and the Republic of Ireland (which share the island of Ireland), thus upholding the 1998 Good Friday Agreement, which brought peace to the region. Under the terms of the Brexit protocol, it was agreed that Northern Ireland would continue to follow EU rules on product standards to prevent checks along the border on the island, the UK’s only land border with the EU. Instead, checks would take place on goods entering Northern Ireland from the rest of the UK, thus creating an artificial ‘border’ in the Irish Sea. This has caused great anxiety among the Unionist community, which cherishes Britishness, and now the UK government is seeking to alter the terms of the protocol.

The UK’s chief negotiator, Lord Frost, told the House of Lords last week that there must be “significant change to the Northern Ireland Protocol” and warned of “an ongoing febrile political climate, protests and regrettable instances of occasional disorder.” Frost’s call to renegotiate the Northern Ireland Protocol was immediately rejected by Brussels, with EU Commission Vice-President Maros Sefcovic stating that “we are ready to continue to seek creative solutions, within the framework of the Protocol … however, we will not agree to a renegotiation of the Protocol.” Negotiations between the UK government and the EU are, however, ongoing, and the stakes are very high.

Indeed, David McNarry, a longstanding prominent Unionist voice, has warned that the future of Northern Ireland is more at risk now than at any point since its inception. Speaking exclusively to RT.com, McNarry, a former Member of the Northern Ireland Assembly (MLA) and adviser to former First Minister Lord Trimble, stated “right now, we are celebrating the one hundredth anniversary of the creation of Northern Ireland, and it is now in its most precarious position in that 100 years.”

The blame for the current situation, McNarry argues, lies firmly on the shoulders of Britain’s prime minister. He said, “Boris Johnson is to blame because he signed the protocol. He put his name on an international agreement and in doing so has thrown Northern Ireland to the wolves.” McNarry also claimed that Unionists feel betrayed by Brexiteers, who have turned their backs on the province, and “particularly those in the ERG (European Reform Group), who now have cushy government jobs.”

McNarry, who sat as a UKIP MLA between 2012 and 2016, is also critical over the attitude of the EU and argues that Northern Ireland is being used as a pawn in a bigger political game taking place between Brussels and London. He stressed, “If what we are fighting about is a few euros; it can be solved. But that is not what it’s about; it’s about punishing the UK for Brexit.”

McNarry worries that the current crisis has the potential of reigniting violence in Northern Ireland. He believes that the Covid pandemic temporarily prevented there being a mass Unionist uprising … but only for now. He claimed that “if it had not been for Covid, there would have been hundreds of thousands out on the streets.” He also warned that “Unionists will not tolerate being annexed from the UK and they will not tolerate being turned into a stateless people.”

Although McNarry made it clear that he does not want to see a return to the troubles in Northern Ireland, he cautioned that “my worry is that there will be violence – and serious violence. A dissident IRA still exists, and they have sent out messages that if the Northern Ireland Protocol is withdrawn then they will resort to violence. No one wants to win by threats, but Unionists have compromised enough.”

McNarry, however, is certainly not defeatist and maintains that the UK government has a strong negotiating position with the EU … but only if it is prepared to play hardball with Brussels. He labours on trade statistics to make this point, “Trade that goes from GB to southern Ireland is less than 1.5% of British trade with the EU. Yet 44% of the Irish Republic’s trade is with GB, so we have the whip hand.” He also believes that when push comes to shove, “the people of the UK will not let the Northern Ireland people down”.

David McNarry’s interview with RT.com should alert both the UK government and the EU to the dangers posed by the Northern Ireland Protocol. He has been a leading politician in the province for many decades and is a serious voice in the Unionist community. However, only time will tell if Lord Frost and his EU counterparts will heed McNarry’s stark warnings. I would suggest that they would be fools not to.