Home / WORLD / North Korea’s theft of $300m isn’t a sign of desperation, but an indication it’ll do whatever it takes to have nuclear weapons

North Korea’s theft of $300m isn’t a sign of desperation, but an indication it’ll do whatever it takes to have nuclear weapons 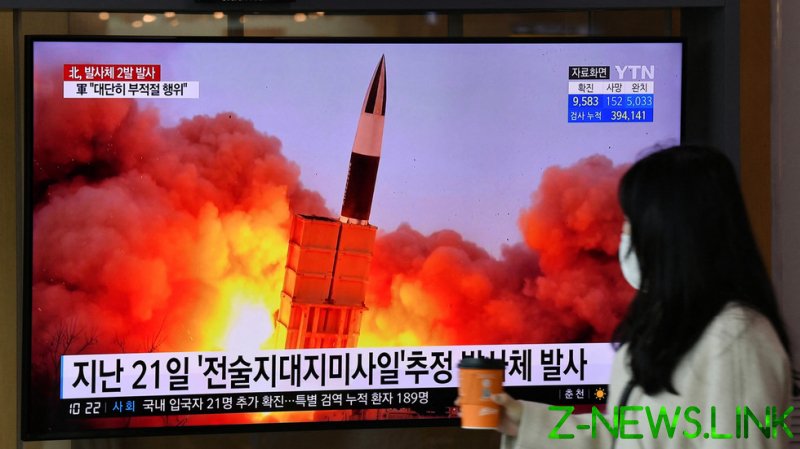 The UN report was released on Monday and detailed how North Korea had evaded sanctions in 2020 and continued to advance its nuclear weapons program, having “produced fissile material, maintained nuclear facilities and upgraded its ballistic missile infrastructure.”

One of the most eye-catching elements in the report was the accusation Pyongyang was engaging in cyber-crime, and that over the past year it had stolen over $300 million online to sustain the state’s income in light of the tough UN measures and self-imposed border restrictions to protect against Covid-19.

These revelations follow Kim Jong-un’s own public statements that the country will continue to advance its capabilities, and come as the Joe Biden administration toys with the idea of increasing pressure on Pyongyang yet again as the US pursues its longstanding goal of complete denuclearization in North Korea. Put simply, though, this is not going to happen.

The allegation of Pyongyang acquiring cash through cybercrime is difficult to verify, but it’s believable if you accept that North Korea is prepared to use whatever means necessary to sustain its national survival and build up its nuclear program, in the process revealing the complete futility of Western sanctions designed to stop it.

We need to understand that North Korea has a long-term, strategic vision, and it is prepared to impose tremendous costs on itself in the short term as it strives to achieve it.

The North Korean state is built upon the logic of securing total sovereignty and independence from foreign interference. Shaped by the legacy of Japanese colonialism, the trauma of national division and confrontation with the US, North Korea’s official ideology has evolved from simple Marxist-Leninism into the doctrine of ‘Juche’ – which literally translates to ‘agency’ or, as it is better known, ‘self-reliance’.

The doctrine teaches that a state must sustain its procedural and ideological independence from the world and avoid domination. Instead, it must ‘resist fate’ by utilizing struggle to achieve things on its own terms, even if it means short-term pain along the way.

This ideology emerged and grew increasingly relevant throughout the Kim Il-sung era, becoming even more prominent in the post-Cold War environment of the 1990s, when the world was dominated by the US, which could remove regimes at will, and the protection of the Soviet bloc was gone.

It underlines the incentives for North Korea pursuing a nuclear weapons program and its own security doctrine. By going nuclear, Pyongyang has long calculated that it will be able to punch above its weight as a poor and small country, by using it as leverage against larger powers, creating diplomatic space for itself and deterring hostile actions against it.

Taking all this into account, sanctions do not deter the country, because it is engaged in a long-term struggle and prepared to suffer the consequences in pursuit of realising the vision. Kim Jong-un’s strategy is to continue upping his nuclear capabilities until the US is forced to pragmatically accept the country’s status.

So, although the process is detrimental to North Korea’s economy, Pyongyang sees the gradual development of its own technology as a symbol of its own sovereignty, independence, and achievement. This is considered preferable to denuclearizing and relying on the patents of other countries.

Such a strategy explains why North Korea is prepared to resort to suspected criminality in order to sustain its finances, but this should not be interpreted as a sign of desperation. In attempting to face off the Covid-19 pandemic, Kim Jong-un shut down the country’s border, ended foreign trade, and isolated it from the world.

This should be a warning sign to US foreign policy analysts that if North Korea can so willingly cut itself off, stay afloat and keep advancing its nuclear program – even while acknowledging the difficulties this causes to the ordinary population – then a strategy of increasing sanctions is doomed to fail. And this means Biden does not have any good options for dealing with North Korea.

In this case, the country is inevitably heading towards what might be described as its ‘nuclear breakout’, as it becomes a fully-fledged nuclear state with an ability to successfully mount warheads on long- and medium-range ballistic missiles, shifting the balance of power and allowing it to more readily negotiate on its own terms.

Whilst Washington figures have attempted to treat diplomacy with the Kims as a short-term sprint, seeking immediate and arbitrary goals, it is essential for them to understand that North Korea sees the realisation of its own vision in the form of a marathon – and it’s making steady progress towards achieving it.