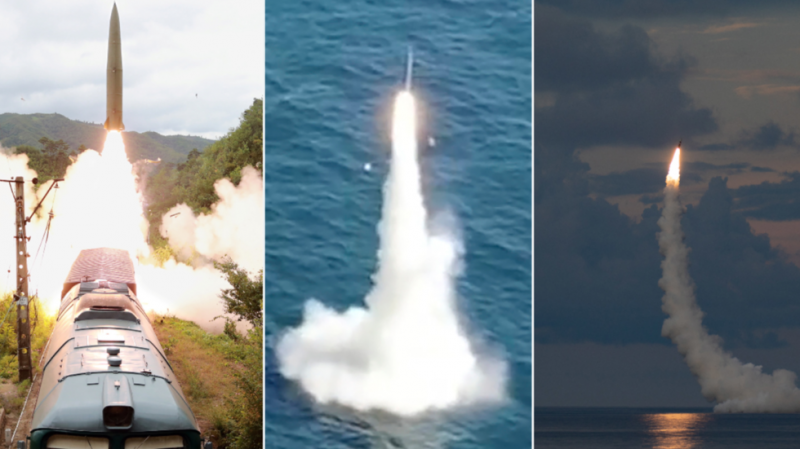 “This is a very controversial and dangerous move which undermines the strategic balance in the Asia-Pacific region and can trigger a nuclear arms race,” the North Korean foreign ministry said in response to KCNA state news agency’s question about the AUKUS deal.

The ministry claimed that while the United States routinely demonstrates double standards, the new administration is more “unpredictable,” and now even Washington’s allies are wary of getting “stabbed in the back.”

Pyongyang said it fully understands Beijing’s concerns that such an irresponsible military pact will undermine “regional peace and stability, the international nuclear non-proliferation system, and intensify the arms race.”

The so-called AUKUS deal, announced by the US, UK and Australian leaders last week, caused an unprecedented diplomatic row and heated tensions with NATO ally France, which as a result lost a lucrative shipbuilding contract with Canberra. The move has also triggered a strong backlash from Beijing, as most observers agree the controversial pact is aimed at countering and containing China.

Days before the AUKUS announcement, North Korea caused uproar in Seoul, Tokyo and Washington, after it test-launched two different types of weapons – a railway-borne missile system and a long-range cruise missile. Several days later Seoul conducted a submarine-launched missile test of its own, while on Friday the US Navy fired two strategic Trident II SLBMs, insisting the test was “not conducted in response to any ongoing world events, nor as a demonstration of power.”

However, the latest developments, Pyongyang claimed, fully validate the isolated state’s drive to bolster its national security and means of deterrence.