North Korea, US ready for peace in decades-old war that never ended 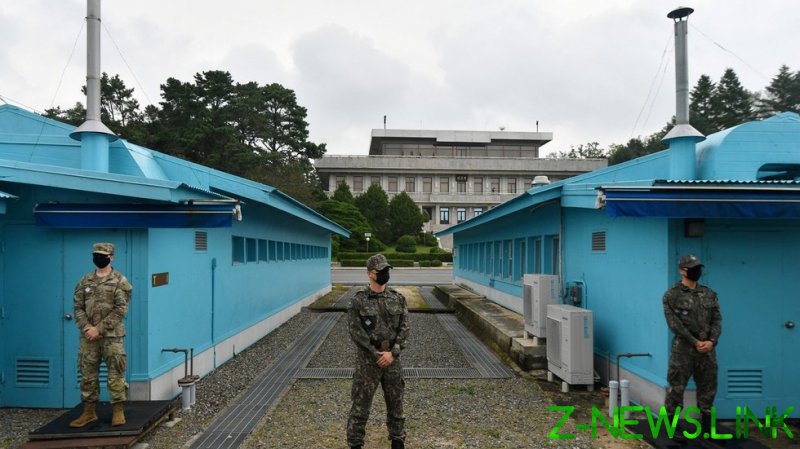 South Korea’s president, Moon Jae-in, broke the news on Monday at a joint press conference with Australian Prime Minister Scott Morrison in Canberra. He went on to express cautious optimism that an official end-of-war declaration would serve to unfreeze broader normalization between the North and the South.

However, officials in Pyongyang made it clear earlier in September that any talks on peace were contingent on the US first doing away with its “hostile policy” toward North Korea. Among the things that do not sit well with the DPRK are the presence of US troops in South Korea, regular joint military drills, and sanctions imposed on the North over its missile and nuclear programs.

Speaking on Monday, president Moon confirmed that North Korea continues to see that as a prerequisite for peace talks. The US, in turn, is adamant that before any sanctions can be lifted, Pyongyang will have to quit its nuclear weapons program. Moon admitted that, for the time being, the warring sides “are not able to sit down for a discussion or negotiation on the declaration.”

Back in October, National Security Advisor to president Joe Biden, Jake Sullivan, acknowledged that while Washington and Seoul were “fundamentally aligned on the core strategic initiative,” the two allies may still have “somewhat different perspectives on the precise sequence or timing or conditions for different steps.”

China, which backed the North in the 1950-53 war, has pledged to support the push for peace on the Korean peninsula, as reported by South Korean media citing diplomatic sources.

Moon, who became South Korea’s president back in 2017, promised at the start of his term to “do everything in [his] power” to reach a permanent peace between the South and the North, which have technically been at war ever since the early 1950s.

The war, which claimed close to five million lives, broke out on June 25, 1950 when communist forces from the North made an incursion into the South. A US-led coalition intervened and helped push the invading North troops back. Several months later, China came to the communist side’s rescue, with substantial technical support also coming from the Soviet Union. The warring sides ended up locked in a stalemate, with an armistice being signed in July 1953.