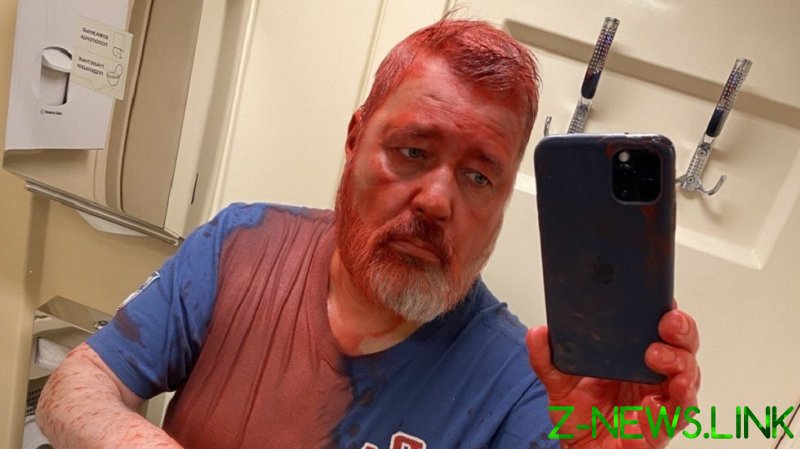 Russian journalist Dmitry Muratov, the most recent Nobel Peace Prize laureate, says two men doused him with red paint as he traveled on a train departing Moscow late on Thursday. The chief editor of the liberal newspaper Novaya Gazeta shared photos of his paint-splattered compartment and said his eyes were burning from the substance.

“They poured oil paint with acetone in the compartment. Eyes burn terribly,” Muratov said, adding there was an “oily smell” all over the car, and that he would try to wash the paint off, as the train’s departure had been delayed.

“Muratov, this is for our boys,” he said the men had yelled out before attacking him.

Muratov snapped a photo of himself in the train’s bathroom, with his face and shirt – a New York Rangers NHL team jersey – covered in red paint. The photos were shared by Novaya Europe, a team of journalists from his outlet that have left Russia over the past month and started publishing abroad.

Although there were concerns about the paint getting into Muratov’s eyes, it later turned out he did not require hospitalization, Kommersant reported. Police are looking for two men, who have not yet been identified.

The incident happened late on Thursday as Muratov was preparing to travel to Samara, a city in southeastern Russia. The 1,000-kilometer journey takes about 17 hours.

Novaya Gazeta “temporarily” suspended its operations on March 28, after receiving the second warning from Russian media regulators for violating the law on identifying foreign agents. The liberal-leaning publication has been critical of the military operation in Ukraine. 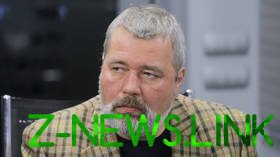 Muratov shared the 2021 Nobel Peace Prize with Filipino activist-journalist Maria Ressa, for what the Nobel Committee described as their commitment to free speech, “a precondition for democracy and lasting peace.”

After Moscow sent troops into Ukraine in February, Muratov said he would donate the money from his prize to a fund for Ukrainian refugees.

EU high commissioner for foreign affairs, Josep Borrell, denounced the attack on Muratov “completely unacceptable” and “yet another assault on safety of journalists and media freedom in Russia,” vowing that the EU will “continue supporting Russian independent journalism.”