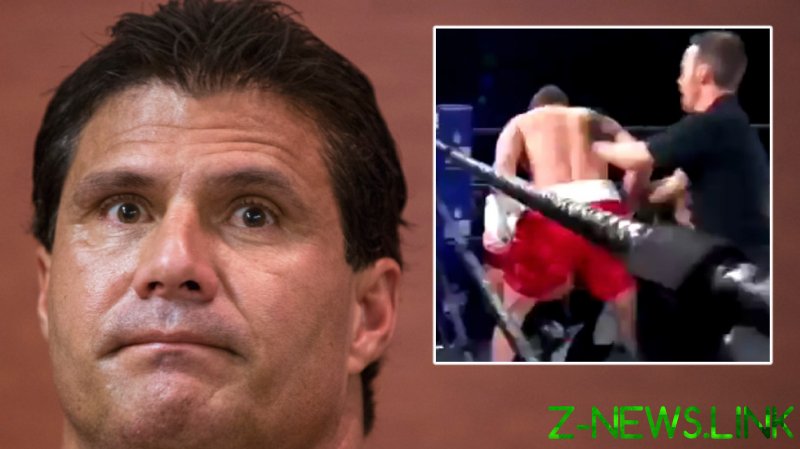 Canseco was known for being one of the most powerful sluggers in baseball history but he struck out against Billy Football, a blogger for media publication Barstool Sports, at the Rough N’ Rowdy 13 event – likely ending once and for all hopes of a lucrative fight he had been pushing for against YouTuber Logan Paul.

The Cuban-American, 54, met his opponent in the middle of the ring, where both exchanged short punches before Football landed a telling blow which sent Canseco sprawling into the corner – and it was apparently too significant a shot for Canseco to continue, as the referee brought down the curtain on the bizarre contest.

Some have questioned the manner of the end of the fight, with speculation appearing online that Canseco “took a dive”.

“We paid half up front and he got double if he won. We thought that would ensure he’d fight. We were wrong.“

Canseco has fought in mixed martial arts on one occasion in the past, losing to the 7ft 2in Hong Man Choi in Japan more than a decade ago, but had recently been talking up his ambitions to get back into the ring once more.

The former Oakland Athletics star had initially targeted Jennifer Lopez’s husband, Alex Hernandez, for a bout. But when that didn’t come to fruition he settled for the 22-year-old sports blogger, whose real name is William Cotter.

Canseco hit the headlines in recent weeks after attempting to position himself for a money-spinning celebrity boxing fight with internet prankster – and future Floyd Mayweather opponent – Paul, who briefly dated Canseco’s daughter, Josie, in the past.

The controversial YouTuber indicated online that he was more than up for the challenge. “I love smashing Cansecos,” he said.