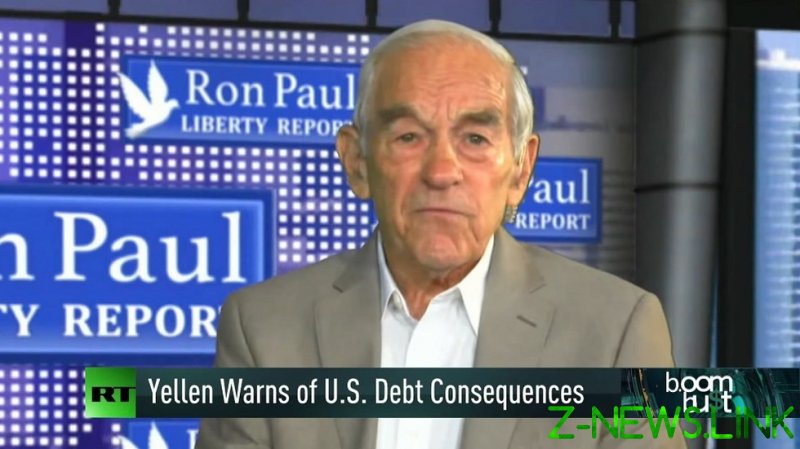 “Very shocked that YouTube has completely removed the channel of my Ron Paul Institute: no warning, no strikes, no evidence,” the retired Texas congressman tweeted on Thursday. “Only explanation was ‘severe or repeated violations of our community guidelines.’ Channel is rarely used. The appeal was automatically rejected. Help?”

In a follow-up message, Paul said the Ron Paul Liberty Report channel remains available. The institute’s main channel is “a seldom-used account and its termination is perplexing,” he added.

Even though Paul posted screenshots of emails from YouTube that said they had received his appeal and decided to uphold the decision, the company responded on Thursday afternoon that “this was a mistake” and that the channel has been reinstated.

Paul established the institute when he retired from Congress in 2013, after decades of representing Texas in the House. He ran for president on the Libertarian Party ticket in 1988 and in the Republican primaries in 2008 and 2012.

Jeffrey Tucker, a libertarian scholar who runs the recently established Brownstone Institute, called the move by YouTube “an attempt to purify all platforms of dissent” that’s “getting worse by the hour.”

The Google-run video platform announced new rules on Wednesday, banning all “harmful vaccine content” – not just of the recently developed Covid-19 jabs but vaccines in general.

The announcement was followed by bans on several people named by a UK-based nonprofit in July as purveyors of ‘disinformation’. The list compiled by the Center for Countering Digital Hate was then used by the Biden administration to call for social media censorship.

The day before, YouTube deleted two German-language channels of RT DE, accusing them of “medical misinformation” in four videos and attempting to circumvent a ‘community guidelines’ strike by publishing new videos on another channel.

Paul’s son Rand, a Republican senator from Kentucky, was also targeted by YouTube censorship recently. In early August, he revealed that the “leftwing cretins” at Google gave him a week-long ban for quoting peer-reviewed articles about the efficacy of face masks in stopping the spread of Covid-19.

Senator Paul called the censorship “a badge of honor” and said it amounted to “anti-free speech, anti-progress of science” behavior. However, as a libertarian, he chose to publicly express disagreement and promote companies that valued free speech, instead of calling for their regulation.

While YouTube has not commented on why the Ron Paul Institute’s main channel was deleted, the former congressman has an upcoming book critical of the current administration’s fiscal policies.